The famous American writer Mark Twain once said: “It is a noble thing to teach oneself, but even more noble is to teach others”. And in order to give quality knowledge to others, it is necessary to constantly improve yourself. Therefore, teachers are engaged in improving their own qualifications throughout all the years of their work.

Thus, with the assistance of the “Nova Hromada” Charitable Fund, mathematics teachers from the Zhashkiv region took part in the unique PRO “Geometry” online course from the NGO “KontoraPi”. During five weeks, eleven teachers from six schools in the region, together with colleagues from all over Ukraine, acquired new knowledge, solved various tasks, worked in groups with colleagues and developed professional competence. 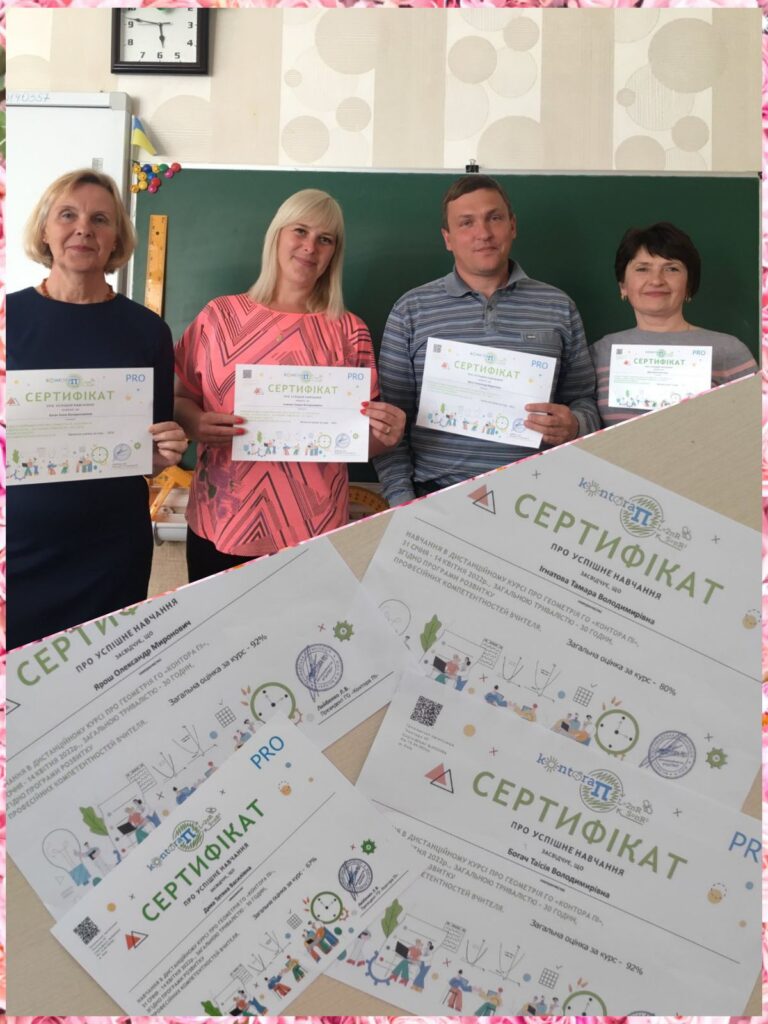 “KontoraPi” was founded by the well-known Ukrainian top manager Petro Chernyshov, who at one time graduated from the Faculty of Mechanics and Mathematics of the Ural State University and taught mathematics at a specialized school. He named his project in honour of his grandfather, mathematician Petro Kontorovych, and the mathematical constant, which is equal to the ratio of the length of a circle to its diameter. 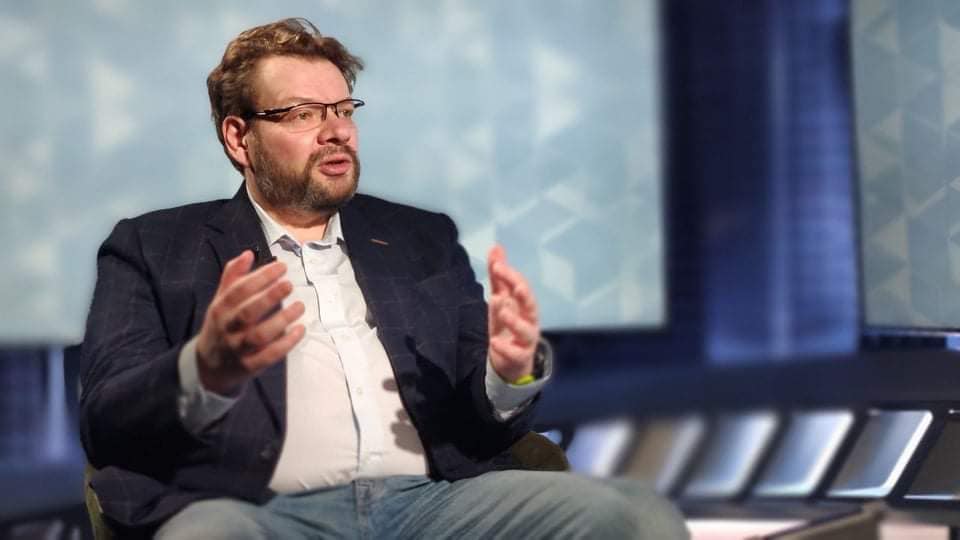 According to approximate estimates, there are 25 000 school mathematics teachers in Ukraine. During the existence of the courses, “KontoraPi” conducted classes for about 700 of them. However, the class which the teachers of the Zhashkiv region joined turned out to be somewhat special, since part of the training for these knowledge-seekers had to take place in conditions of constant danger – during a full-scale war, which Russia started at the end of February. 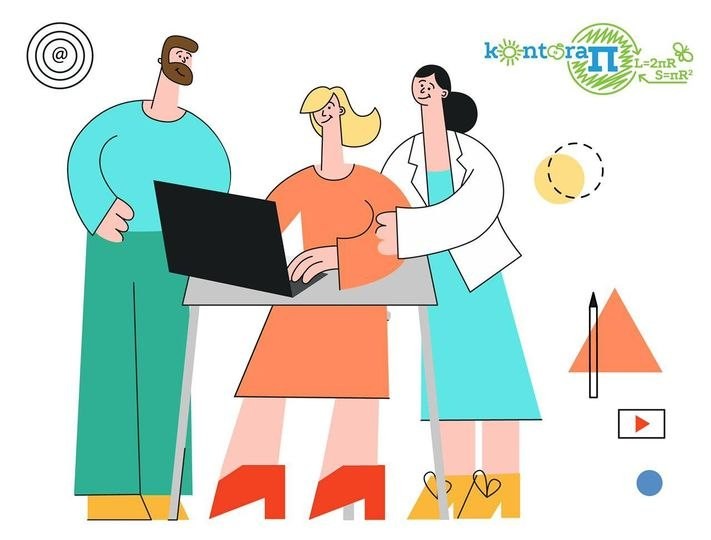 According to Natalya Sukhonosova, a volunteer for Nova Hromada and headmaster of Zhashkiv School No. 5, cooperation with “KontoraPi” NGO was planned since the beginning of 2020, but the COVID-19 pandemic and quarantine restrictions adjusted the plans and postponed this moment. 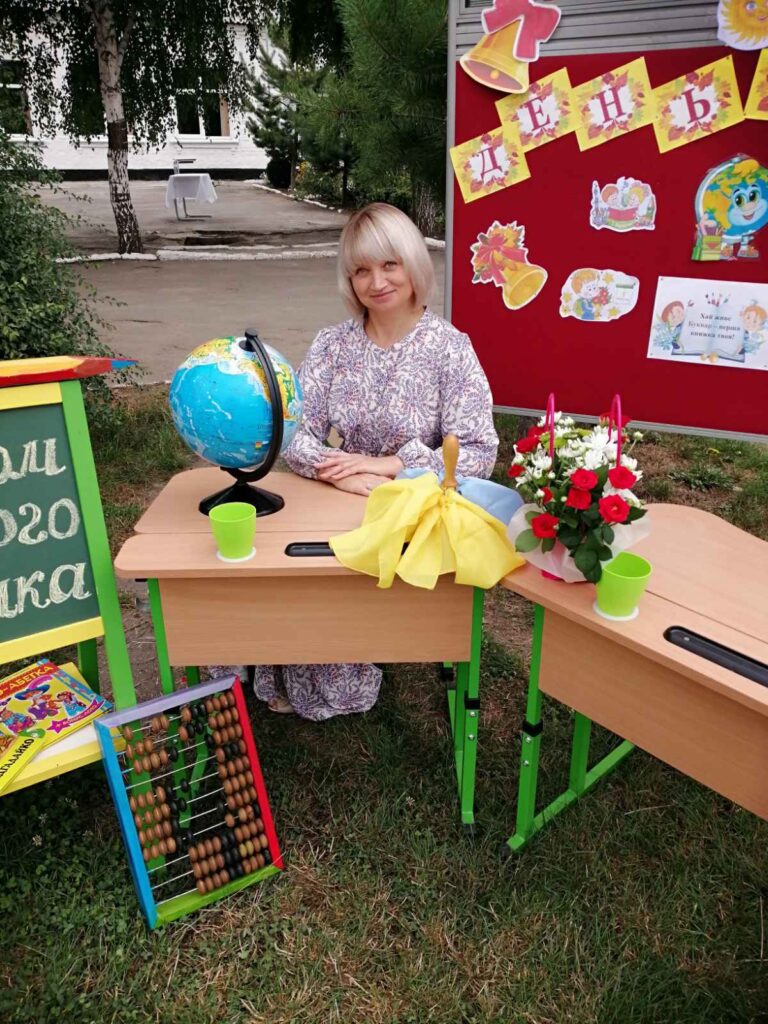 “However, the war did not stop the teachers,” says Ms. Natalia. “They were so interested in learning that they were literally solving math problems in bomb shelters. Colleagues said that it helped them to distract themselves – and time passed somehow faster. However, of course, it was difficult, because there were also problems with the Internet connection. But even this was easily solved by the participants – they worked as a team. The course is designed very competently, step by step, so even if you missed something, it will not be difficult for you to catch up with others.”

The participating teachers agreed. Ms. Tetiana said that solving geometry problems seemed to bring her back to life, when air raid sirens sounded and everything around froze:

“This course, in a certain sense, puts you in the shoes of a student, because sometimes you have to solve problems that are not in school textbooks. You have to spend time, think, find a solution – it forces you to focus on the subject and forget about what is happening around you. Of course, this is possible precisely because the learning process is interesting and non-standard. I plan to periodically watch videos from the courses in the future, as a lot of information can be used directly in working with students. The project is as practical as possible.”

The lecturer of online courses PRO “Geometry” is a candidate of physical and mathematical sciences, associate professor at the Faculty of Computer Sciences and Cybernetics of the Taras Shevchenko KNU, teacher of mathematics at the Ukrainian Physics and Mathematics Lyceum of KNU Andriy Anikushyn. According to him, the organization managed to create the first truly unique geometry course, which has no analogues in Ukraine yet. 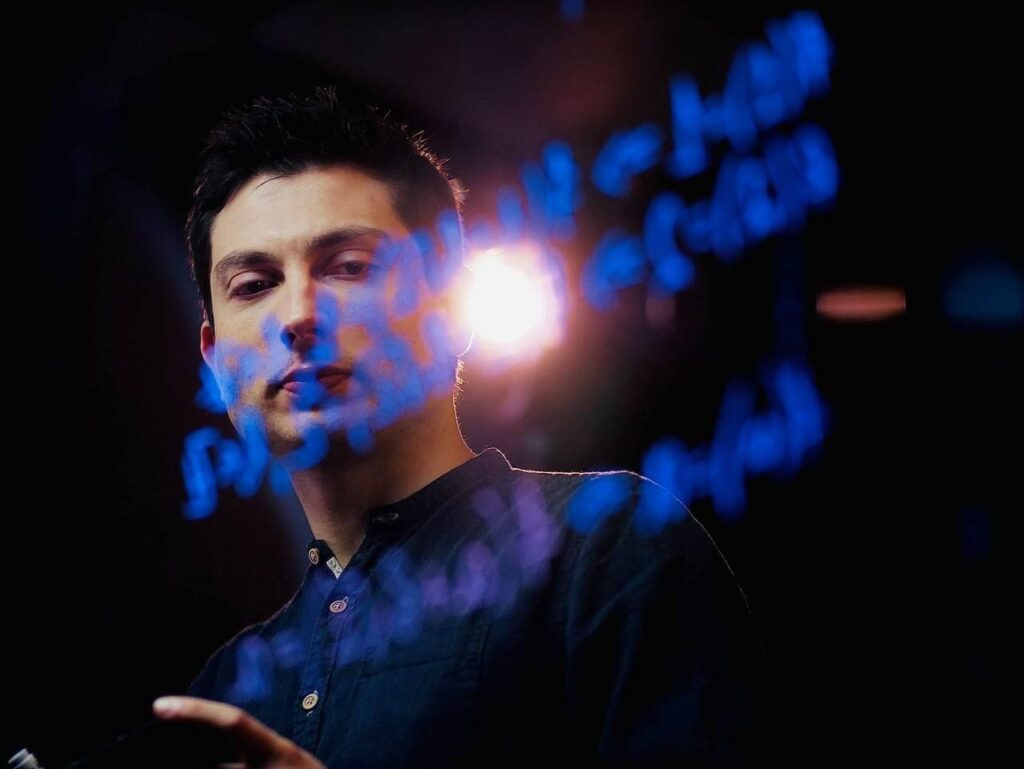 “We tried to visualize the classes as much as possible for easier perception. This is quite hard and long-term work, because in a short period of time in the format of online classes you need to present the maximum amount of necessary and at the same time digestible information,” says Anikushyn.

According to him, the preparation of one 10-minute clip took approximately 8 hours of continuous work, which indicates the seriousness of the approach to creating educational materials:

“In the process of preparing the lessons, we had to redo each video several times. At first, we filmed the videos and thought that most of the work was behind us, but after watching them, we realized that it is very difficult for the viewer to perceive a simple illustration of what the lecturer is talking about. Therefore, we decided to redo all the drawings and make them more “animated”. The development of this animation almost doubled the time spent on preparation. But everything was not in vain: our participants successfully completed the tasks and were satisfied with the process.” 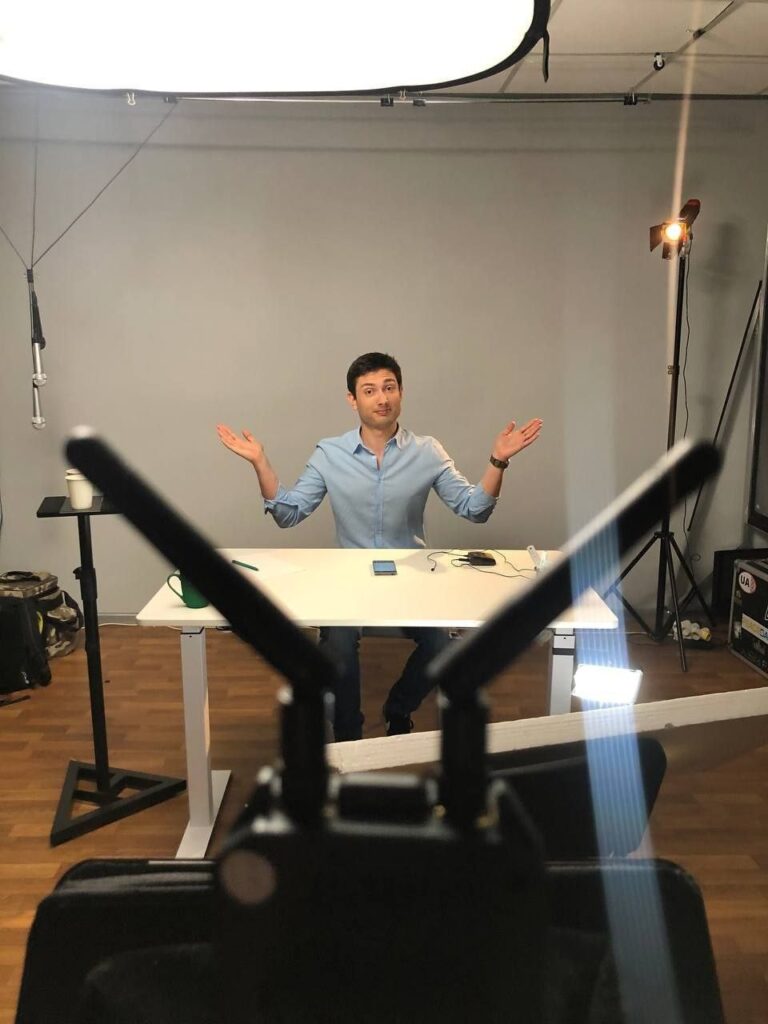 This project was not the first foray for CF “Nova Hromada” into the field of education, but it was the beginning of cooperation with the NGO “KontoraPi”. According to Ms. Natalia, other teachers are also interested in becoming participants in similar courses in the future. In addition, the Fund is considering the possibility of involving school students from the Zhashkiv Region to study at courses offered by the NGO “KontoraPi”.