Yet more collaboration for life! In March, the project “Kraplya do Krapli” took part in a charity initiative of the famous TV presenter and cancer activist Yanina Sokolova

Spring is a time of renewal, recovery and fresh energy. Perhaps that is why there was a noticeable flowering of activity in the ranks of Ukrainians who are not indifferent to the health of their neighbors. It has become much easier to show noblest intentions and carry out meaningful actions since the time when the DonorUA project and the Pryrodne Dzherelo brand initiated the “Kraplya do Krapli” charity donor initiative.

The “Kraplya do Krapli” project has been working hard for half a year to popularize the culture of blood donation, rallies like-minded people and draws the attention of influential business circles, public figures and public opinion leaders to the problem of lack of donor blood in Ukraine. To revive the donor movement, to make free regular blood donation a mass phenomenon, and even a fashionable trend, is the main goal of the association, and it is gradually acquiring more and more realistic outlines. Confirmation is that at the beginning of spring, a total of 734,096 hryvnias of financial assistance had already been collected, 2,740 new donors were attracted and 8,220 human lives were saved. Actual data is displayed on the website https://pd.donor.ua,

“Time flows like water, and now we are at the turn of our first anniversary – half a year since the founding of the project “Kraplya do Krapli”. It really inspires – to observe, so many people join the movement every day: some with their blood, some regularly purchasing artesian drinking water “Pryrodne Dzherelo”. We have specially developed such a mechanism according to which, despite the deduction of funds by the manufacturer for the charitable contribution, the actual price for the consumer does not increase. Therefore, all that needs to be done is just to choose “water with meaning” instead of the usual in the store, making this step your conscious choice in the interests of someone’s priceless life. Join us, because helping is easy! ”- called Elena Selutina, Communications Director of New Products Group.

In March, the “Kraplya do Krapli” project worked in its usual productive mode, continuing and developing all the previously founded projects. New donors were actively involved, educational work continued within the framework of an information and educational campaign and popularization of a healthy lifestyle. Each donor in such big cities as Kyiv, Kharkiv, Lviv, Odessa, Dnipro, received his gift bottle of water “Pryrodne Dzherelo” for the perfect deed. On March 22, we celebrated World Water Day, reminding everyone how conceptually important is the relationship of blood and water in human life. All project activities are regularly covered in social networks on the pages of DonorUA and New Products Group. 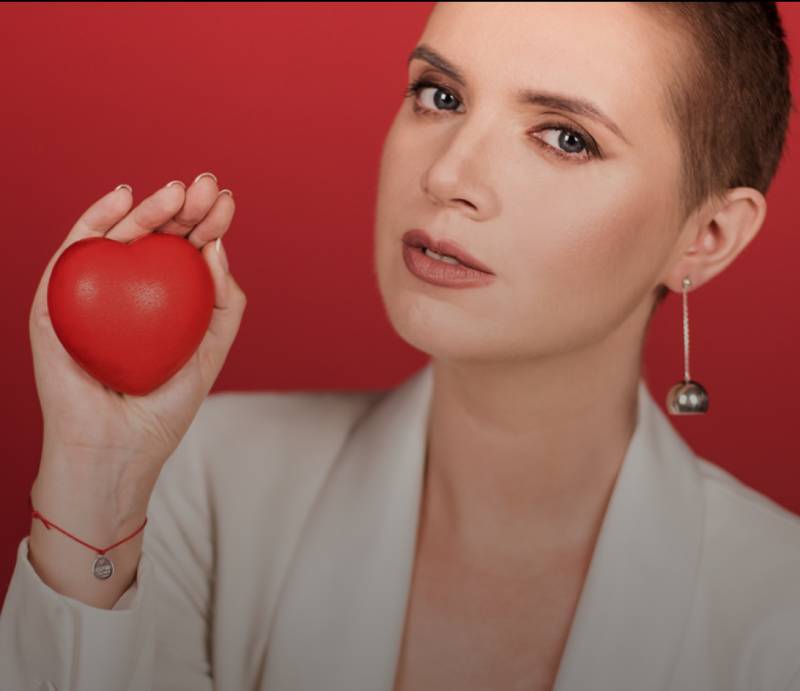 However, the most significant event of the month was the participation of the famous TV presenter and cancer activist Yanina Sokolova in the project. On the first Tuesday of March, the “Kraplya do Krapli” initiative joined the Red Brunch charity event in Kyiv and Lviv, organized by the “Ya, Nina” project and the #VARTOZHITI Foundation in partnership with DonorUA. As part of the event, it was possible to donate blood for cancer patients and hair for making wigs to children who lost them during chemotherapy.

The large multimedia mission project “Ya, Nina” is based on real occasions from the life of the famous journalist and TV presenter Yanina Sokolova, who overcame cancer in 7 months of 2019. The project aims to help people with cancer to realize the value of their life and start fighting for it. The #IT’SWORTHLIVING Foundation was created in collaboration with public activist Olesya Korzhenevskaya and aims to reform the sphere of oncology, blood donation and palliative care in Ukraine. In July 2019, the first Red Brunch was launched in Kyiv, and already in October of the same year, Lviv joined. DonorUA has been a permanent partner of the event since its foundation. In collaboration with the project “Kraplya do Krapli” such cooperation took place for the first time.

As a result, of the meetings on March 2, 41 heroes from Kyiv and 27 brave Lviv residents donated blood for the needs of cancer patients. One blood donation saves 3 lives, so the visitors of the March Red Brunch managed to save 204 lives in total! Everyone who attended the event, and these are volunteers, both children and adults, had the opportunity to enjoy the artesian water “Pryrodne Dzherelo” and join the donor family. “Red Brunch represents goodness, love and life. We are grateful to our partners from the “Kraplya do Krapli” project who joined us and shared these values. Together we will be able to spread in Ukraine the trend of selfless help and support to people who bravely fight for their every breath”, – commented the initiator of Red Brunch Yanina Sokolova.

“Every day, in spite of the created automated system for searching for blood donors, a friend or son, sometimes a daughter, and most often a child’s mother calls me on the phone, and asks me to find blood or platelets here and now. Unfortunately, the DonorUA system does not produce blood, and this is the only thing I regret. Everything that the DonorUA team does is help to create an adequate supply of blood and its components. In various roles: either partner, organizer, guest or participant. The team is doing everything to popularize the donor movement, since the number of lives saved depends on the number of permanent donors. We all want to be a part of something beautiful and big, and thanks to the project “Kraplya to Kraplі” now everyone is capable of it. This is a unique opportunity for a unique time”, – said Irina Slavinskaya-Ritsner, founder of DonorUA.

Since October 2020, everyone can become a part of the donor movement, despite contraindications or concerns. Now it is enough to consume drinking artesian water “Pryrodne Dzherelo”, because part of the profit from its sale is transferred to the development of the “Kraplya to Krapli” project. However, everyone who wishes to personally become a blood donor can, at any time, as before, leave an application on the official DonorUA website at the link: https://account.donor.ua/register