Who is dominating the cage? Animal instincts and dangerous games of Pit Bull Fight III

A real bullfight at Pit Bull Fight! On May 19, the clever matador Yehor Lamaka teases the mighty bull Serhiy Smyrnov in a locked cage. Dangerous games, Spanish passions, subversive aesthetics of MMA in all its beauty ― all this in the 13th episode of Pit Bull Fight III. This fight will take you by the horns! 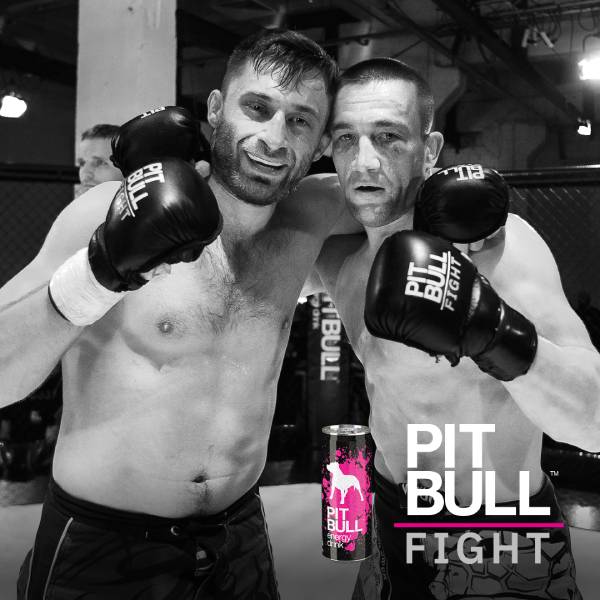 Yehor Lamaka from Kyiv is a universal and charismatic fighter, known for his regular participation in commercial “no rules” fights. He’s a tough cookie: a four-time champion of Ukraine in MMA, a master of sports in sambo and pankration. The athletic and stocky Kharkiv native Serhiy Smyrnov is also a Ukrainian MMA champion, with three professional fights and two victories under his belt. He got his nickname, The Hurricane, because when he’s in the ring, he usually demolishes everything in his path…

This time, Smyrnov the “Tornado” does not break his character and pushes forward, immediately creating a number of dangerous moments. Lamaka, on the other hand, sways neatly, deftly dodges, and responds with dignity. Opponents resemble two slow-moving tigers, restless and confident masters of the situation. The fighters are “fencing casually”, as the commentators ironically point out. But in general, Lamaka is more energy-efficient, succeeding through counterattacks.

However, later the fight changes. During the break, Smyrnov showed considerable battle wounds: a swollen knee and hematomas under his eyes. So in the second round, the fighter noticeably loses patience and begins to openly rush to the trenches. The more cunning and balanced Lamaka acts like a bullfighter: he provokes and deftly dodges blows, exhausting the opponent. At the same time, the Kyivite has distinguished himself by his noble fighting style: he does not even aim at the injured leg of the opponent.

Following the second round, the victory goes to Yehor Lamaka. But the strong-willed Serhiy Smyrnov, who is trying to dominate the octagon until the final ring of the bell, looks no less than a champion! Because whoever enters the Pit Bull Fight ring is already in the “hall of fame” of martial arts.

And on Sunday, May 23 ― a “wholesale” amount of entertainment for fans. The peak of the season: the famous 3×3 format! Kyiv Puncher Club, which has already triumphed twice in Pit Bull Fight, will face the Belarusian Academy MMA. Blowing up the ring to smithereens?! “Hold my PIT BULL™…”

All fights of all seasons – on the official YouTube channel Pit Bull Fight: