Since New Products Group created the Fund “Nova Gromada” in 2014, the material support of the Ukrainian army and volunteers has become an important vector of ​​its charitable activity. In the midst of fighting for Ukraine’s independence, “Nova Gromada”, as well as hundreds of volunteer organizations throughout the country, helped the front with equipment, funds for the purchase of body armor, helmets, optics and medical equipment for military hospitals, as well as produce. In 2014-2015, the budget of the Fund allocated more than 6.3 million UAH for the needs of the military, border police, and all fellow countrymen who volunteered to defend their land.

Today, the Ukrainian army is already in the top 10 strongest armies in Europe, and is 39th strongest in the world. The Ukrainian military no longer needs such substantial assistance as it did at the beginning of the war, but there is still no peace in the east, and our soldiers continue to selflessly defend the independence of Ukraine.

“And this means that we, all of us whom the military protects from the enemy at the cost of their health and life, also have no right to stop and do nothing. We are obliged to support our army, to firmly stand at their side,” says the head of the Charity Fund “Nova Gromada” Konstantin Nevesenko. The Fund continues to help the Ukrainian soldiers, taking an active part in organizing volunteer trips to the east and supporting veteran organizations, military families, and families of those who died in the ATO/OOS zone.

The Fund’s work has been repeatedly recognized by the military and the border police, and in April 2019 Konstantin Nevesenko received two more acknowledgments from the Ukrainian defenders: from the command and personnel of the consolidated detachment of the military unit A2300 (signed by the commander of the unit in the joint forces Andrei Komisaruk) and from the personnel of the 2nd self-propelled artillery division of the 24 mechanized brigade and personally their Chief of Staff, First Deputy Commander of the Division Ye. Budennyi. 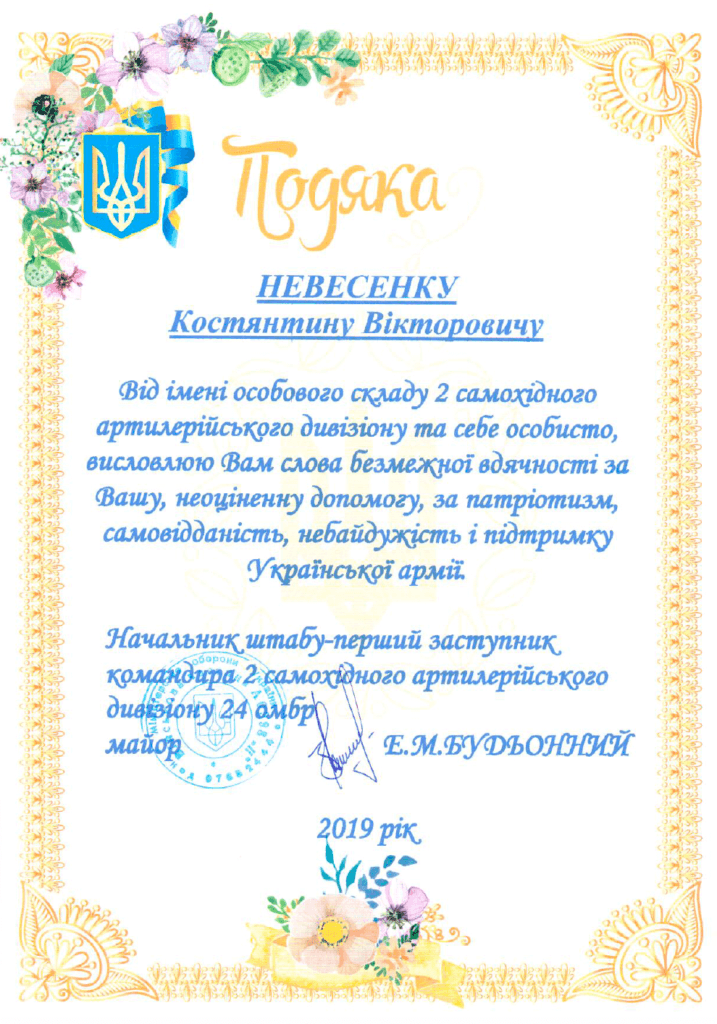 Both commanders thank the Charity Fund “Nova Gromada” and its leader for their patriotism, their invaluable assistance to the Ukrainian army, their investment, and for uplifting the morale of the soldiers serving in the east of the country. 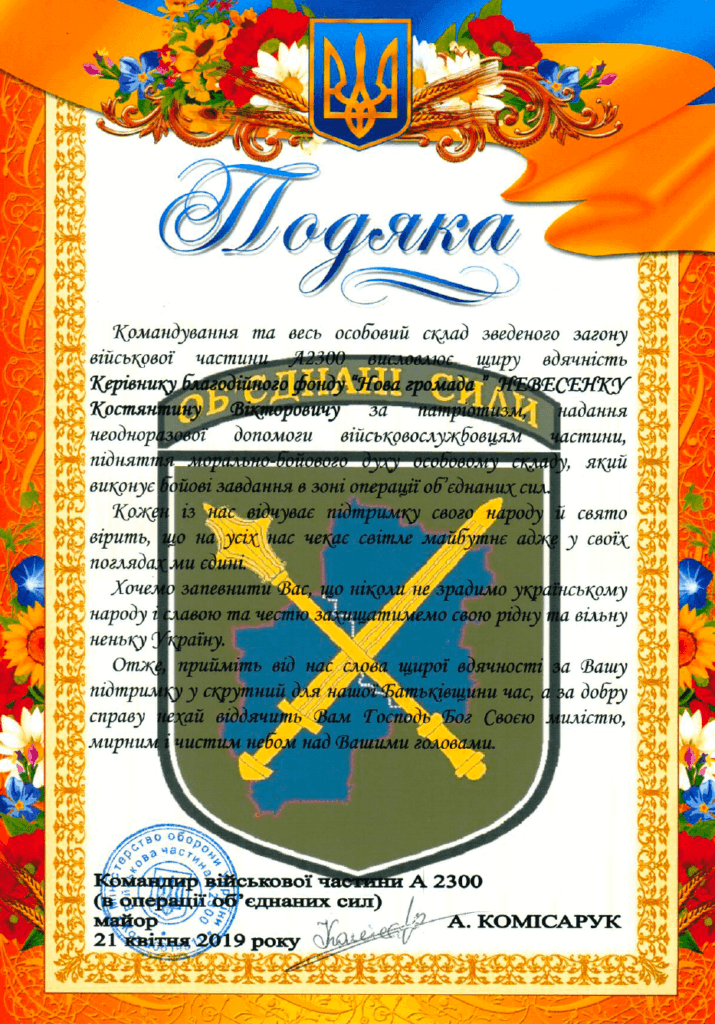 “Please accept our sincere gratitude for your support during this difficult time for our country. Each of us feels this support and believes that a bright future awaits us. We want to assure you that we will never betray the Ukrainian people and we will defend our Ukraine with glory and honor,” says one of the acknowledgments.