The importance of donation does not depend on the season: how the blood donor movement evolved in July

Some new stages of popularizing the “Kraplya do Krapli” project

Good deeds should be done regardless of the season, and summer is no exception. July turned out to be a month, during which we succeeded in analyzing donation from the inside and bringing it to an entirely new level. This is greatly supported by the efforts of the long-term charitable initiative “Kraplya do Krapli”, created in October 2020 by two partners – the DonorUA project and the “Pryrodne Dzherelo” brand. 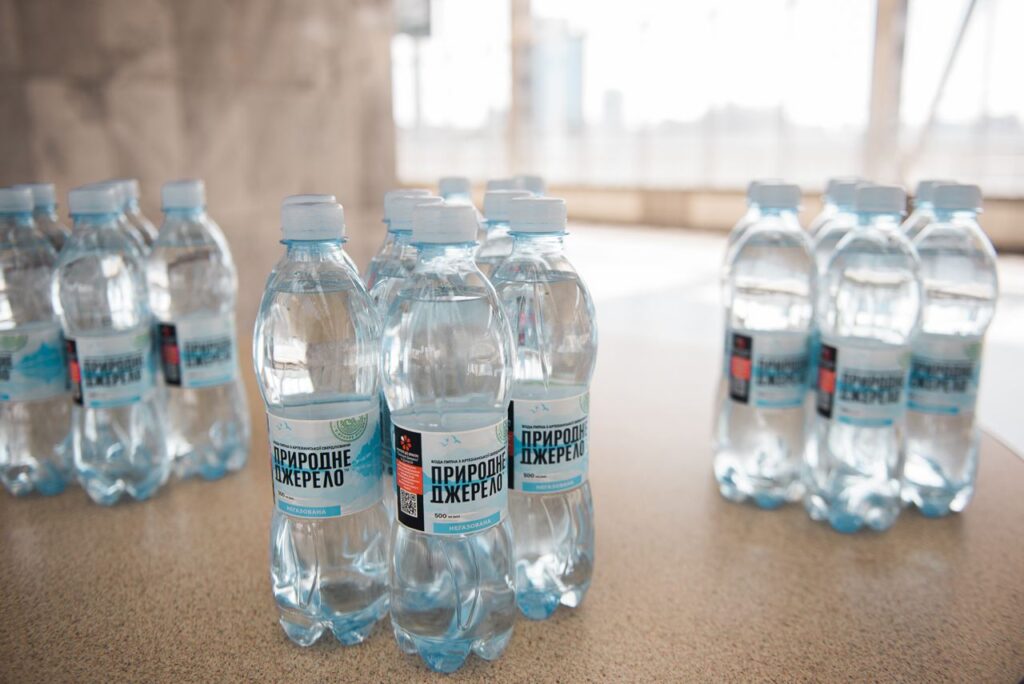 After donation at the blood center “Kraplya do Kraplі” provides each donor with a bottle of “Pryrodne Dzherelo” artesian water, which is rich in useful elements, in particular, calcium, magnesium, potassium, sodium, iodine, so it helps to restore strength. In case a person is not able to become an active participant of donor’s movement because of temporary or absolute contraindications, there is an opportunity to join the good deed by buying the water of the exact brand: the part of profit from the “Pryrodne Dzherelo” water sales is directed to the development of blood donor movement in Ukraine. Thanks to the “Kraplya do Kraplya” initiative as of the end of July 1 209 663 UAH have already been collected, 8 208 donors have been involved and 24 624 lives have been saved. The data is constantly updated on the https://pd.donor.ua, where an interactive meter is installed.

This month will also be memorable due to the bright opening of the best works exhibition of the 3rd International Festival-Contest DonorUA ART Project. Participants from all over the world – Brazil, USA, New Zealand, Georgia, Ukraine, China etc. – presented about 78 works on donation theme: animations, drawings, photos and even embroideries. The works were evaluated by Ekaterina Likhach, Nadezhda Tkachenko, Nadezhda Kushnir, and Alina Golovleva, – and this year’s winner was chosen Irina Rusnak, whose work became a symbol of blood donation. The exhibition was held at the Kyiv Pivdennyi Railway Station. The event opening was performed by the president of All-Ukrainian Association of Donors of Ukraine Iryna Slavinska-Ritzner, Director of the branch “Station Company” Vladimir Koval, Deputy Executive Director of the branch “Healthcare Center” JSC Ukrainian Railway Tatiana Ignatyuk, Communications Director of New Products Group Elena Selutina and others.

“Developing and forming a culture of donation depends on each of us. We have chosen an art as a way to popularize it. We believe and see that it most clearly conveys the value and necessity of blood donation. About the Important things through beauty. We hope that in this way we can generate interest among those who are not yet donors and inspire all those who have already become a part of this big family“, – commented on the event Iryna Slavinska-Ritzner, the founder of DonorUA.

As part of “Kraplya do Kraplі” initiative DonorUA activists and “Prorodne Dzherelo” brand succeeded in launching a large-scale all-Ukrainian survey about blood donation and blood components. Anyone who lives in Ukraine and is at least 18 years old can participate in the poll. Information is collected, summarized and analyzed by the Big Data organization. The results are helping us to understand what problems donors face and what is the best and most effective way to involve people in the donor movement. Local blood centers, newspapers, television, dozens and perhaps even hundreds of people in all social networks popularize the survey. The Ministry of Health of Ukraine, National Institute of Surgery and Transplantation named after O. Shalimov, IDonor: All-Ukrainian Donor Platform also support this survey.

“Educational activities are extremely important in the blood donation issue, because this topic still remains underreported for society. Awareness-raising directly affects the development of the donor movement, as the more people receive reliable information, the fewer prejudices and misconceptions will remain. Thus, every day more and more people will be desiring to join this good deed – to donate blood, red blood cells, thrombocytes or plasma, or to make their life-saving donation through an alternative mechanism”, – says Elena Selutina, Communications Director of New Products Group, producer of drinking water “Pryrodne Dzherelo”.

Moreover, the DonorUA team launches weekly local polls and quizzes on their social media pages. This allowed us to find out, among other things, that donor organizations should emphasize what can be consumed before and after donation procedures. We also found out that many people are unaware of the existence of artificial blood, of the fact that Rhnull is a rare Rhesus factor zero, and much more. Such short quizzes and surveys help to involve people into donation more effectively and to disseminate information about blood donation from scientific sources and legislation in an accessible way.

You can find all up-to-date news and activities on the DonorUA Facebook page and website. Keep in mind that one drop is already a big contribution to charity, and “Drop by drop is the whole sea of life”.