Tanto La Vita: So much life with the “Kraplya do Kraplі” project!

Your soul sings when you unselfishly help others! Especially when you save the most important – a human life. This is how the participants of the “Kraplya do Kraplі” donor initiative feel, whether they donate blood or drink water. 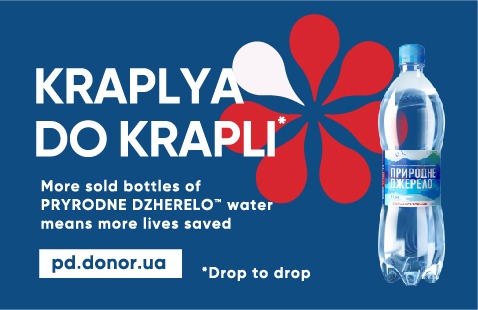 On October 25 at 20:00, a special event for lovers of classical music will be held in honor of World Opera Day: Italian opera star Vittorio Grigolo will present a new international project Tanto La Vita, dedicated to the centennial from the death of the most famous opera singer in world history – Enrico Caruso (1873-1921). Donor Initiative “Kraplya do Kraplі” is the General Partner of this event.

The program of the video concert consists of the most popular arias from Enrico Caruso’s repertoire – fragments from operas “Le duc d’Albe” by Gaetano Donizetti, “La Traviata” by Giuseppe Verdi, “La Boheme” and “Tosca” by Giacomo Puccini etc., including Nemorino’s aria “Una furtiva lagrima” from opera “The Love Drink”, which at one time caused the greatest ovation in the history of the Teatro alla Scala! The aim of the Tanto La Vita project is to promote the art of opera, to support the dissemination of the ideals of solidarity and friendship between nations, and to support the field of culture during the COVID-19 trials. The performance of musical works alternates with Vittorio Grigolo’s reflections on the impact of the coronavirus pandemic on everyday life and the art world.

The video concert, recorded in an empty theater, was directed by the Ukrainian Olga Navrotskaya. The project was led by Franco Balloni and produced by Stephanie Seymour. The creative producer is Aleksandra Orda, and the executive producer is Boban Zlatkovic. The event is held with the participation of the Ministry of Culture and Information Policy of Ukraine, the National Opera of Ukraine, the Ministry of Foreign Affairs, the Embassy of the Italian Republic in Ukraine and with the general support of the charity project “Kraplya do Krapli”.

Vittorio Grigolo is an internationally renowned Italian opera singer, one of the best tenors, who performs at the world’s most prestigious theaters, from La Scala in Milan to the Metropolitan Opera in New York City. In 2008, Vittorio Grigolo was nominated for a Grammy Award for Best Musical Show Album.

Vittorio Grigolo and the whole team of Tanto La Vita project were pleased to support the most successful Ukrainian charity donor initiative “Kraplya do Krapli” founded by DonorUA project and the artesian water brand “Pryrodne Dzherelo”. “Kraplya do Krapli” saves lives and brings hope to thousands of Ukrainians who, for health reasons, are dependent on the goodwill of voluntary blood donors. This important social initiative, which has already attracted more than 10 000 donors and saved over 31 000 lives, is a landmark for the renewal and establishment of the donor movement in Ukraine. “Together we are the ocean!”