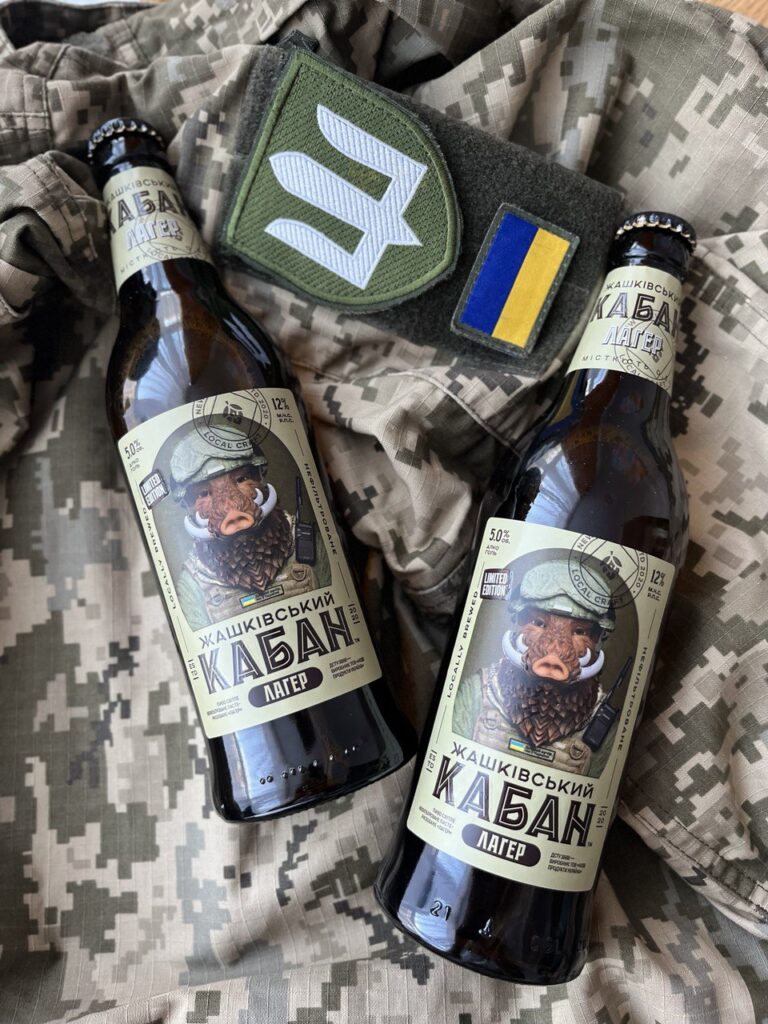 “Zhashkivsky Kaban” is a true non-mass produced craft beer for connoisseurs of the natural products. It is produced at the innovative New Brew brewery in the city of Zhashkiv. Produced from crystal-clear water of Zhashkiv’s crystal-clear springs and wavy Bavarian hops, poured with the strength of local barley and high-quality malt, it cultivates a love for the homeland. The absolute quality of the ingredients, the local origin of the ingredients, the transparent brewing technology, the absence of filtration, the categorical rejection of impurities as well as the craft recipe – all make it truly authentic and clear – with its typical delicious bitterness, rich colour, benchmark taste and distinctive flavour.

According to Elena Selutina, Communications Director of New Products Group, the updated design of “Zhashkivsky Kaban” is much more than just a packaging for the company:

“For us, the ‘pixel’ on the ‘Zhashkivsky Kaban’ is a kind of sign of respect and solidarity with all the Ukrainian defenders who have been protecting the sky above us for almost six months and laying down their lives for our motherland. They have already become a kind of saints for us. And it should be shown: each of our defender should know that we are ready to support them when they need it. And our redesigned ‘Zhashkivsky Kaban’  will help to do this”.

Today, beer, which has a great history of true and honest Ukrainian brewing, is not only a product of exemplary quality, but also a significant contribution to the national economy.

And even in spite of the war and the related logistical difficulties, New Products Group is doing its best to ensure that an ‘honest local beer’ is always available on shop shelves.

“Our victory is all about collective psychological strength. And the key to this fortitude is to continue to live our usual lives despite everything: going to work, using services, meeting with friends, and appreciating such gatherings even more! After a productive day, while helping the army and the national economy, open a bottle of well-earned beer and savor the moment. After all, in a sip of craft beer “Zhashkovsky Kaban” there is a piece of magnificent fields, quiet gurgling of artesian springs, and warmth of peaceful human labour. And we will have it all again soon!”, – said Elena.

The redesigned “Zhashkovsky Kaban” is already available on the shelves of Ukrainian retail chains.