Today in the octagon, we have a high density of unbridled ultras per square meter, again. These guys are looking for an adventure, and PIT BULL™ is looking for them! An epic return of familiar faces, and new blood — in the double issue No.15 of Pit Bull Fight III.

We start with the tough one: a frantic bare-knuckle boxing match. Two former Pit Bull Fight participants, Vladyslav Grygoriev and Artem Maloletnikov, enter the ring. The first fighter is an experienced champion of Ukraine in Thai boxing and kickboxing. Loves reading, teaching children, and destroying opponents with a devastating elbow! The second athlete with the height of a basketball player and the nickname Malek (“Tiny”) is the champion of the Kyiv Cup in K-1 and a hooligan of the Dynamo Kyiv football club. A strong-willed fighter with an impressive speed, he has a strong right blow. 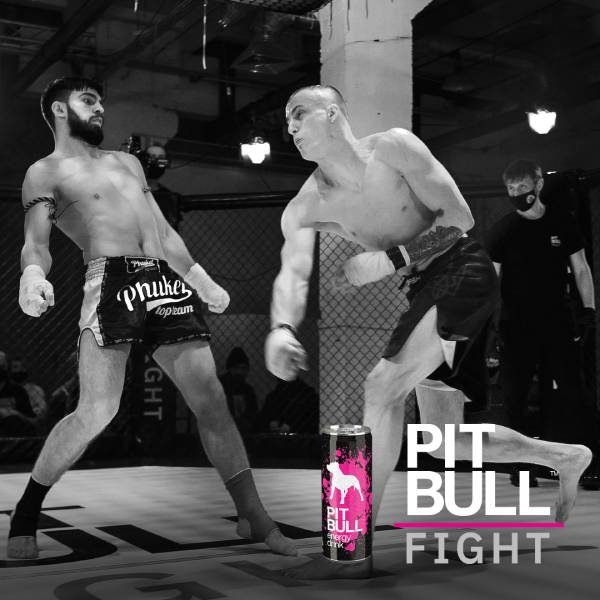 The daredevil Malek immediately attacks with confidence, firing long jabs at his opponent. The collected Grygoriev doesn’t fret, but simply uses the moment to his advantage, landing a sharp knee into his opponent’s face. The second such knee strike becomes final: in the middle of the first round, having received a serious cut, the bleeding Malek refuses to continue the fight. Grygoriev is obviously triumphant, but not only because he tore down his opponent. It was important for him to return to Pit Bull Fight and rehabilitate himself after his former defeat, after which he faced an avalanche of hate. Fighters who bravely go out despite the injuries, as well as fighters who make the opposite decision, equally deserve respect and gratitude for putting on a great show!

The next pair in the ring are football hooligans from Kharkiv and Kyiv. The fighters are the calm and collected boxer Serhiy Kolesnyk, who supports the Kharkiv club AFC Firm, and Maksym Maslyuk, a member of the ultras of Dynamo Kyiv North Company, the champion of Kyiv and the Kyiv Cup in pankration, who managed to hold about 70 amateur MMA fights in seven years. They fight with gloves on. 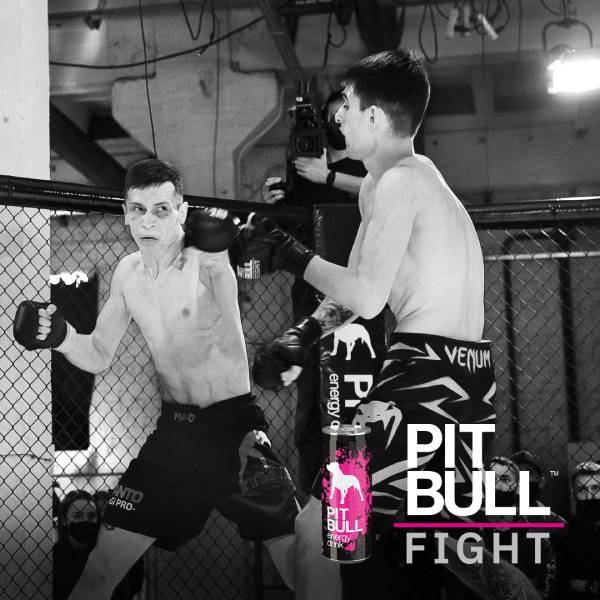 These two lanky guys sometimes clash like waves, only slaps of skin are heard like splashes. Then, they are tightly tied in a clinch, like a frightening ball of snakes. Maslyuk demonstrates an interesting tactic: he jogs lightly along the perimeter of the ring, and then unexpectedly releases a long jab, like a whip, towards his opponent. The other techniques in which Maxym feels comfortable are body slams and wrestling, where he regularly finds himself on top. Despite the fact that Kolesnyk manages to put visible marks on the opponent’s face, in general he turns out to be less agile to launch an effective counterattack.

How can we end this turbulent spring best? Next Sunday in the octagon — the former “bad guy” Serhiy Razumov, who fights for two — for himself and for his deceased friend, who pulled him out of the abyss of life, and the tough Stanislav “Hard” Romanovych hailing from a harsh mining town, who also escaped from a difficult and a dark netherworld to become the luminary of mixed martial arts. Sports sets worthy guys back on the right path, and PIT BULL™ quenches the thirst to reveal individuality and gives strength to achieve the goal!

All battles of all seasons are on the official YouTube channel of Pit Bull Fight: