Pit Bull Battle VI in the new LIVE format: the “live” season of the legendary rap battle is now on air 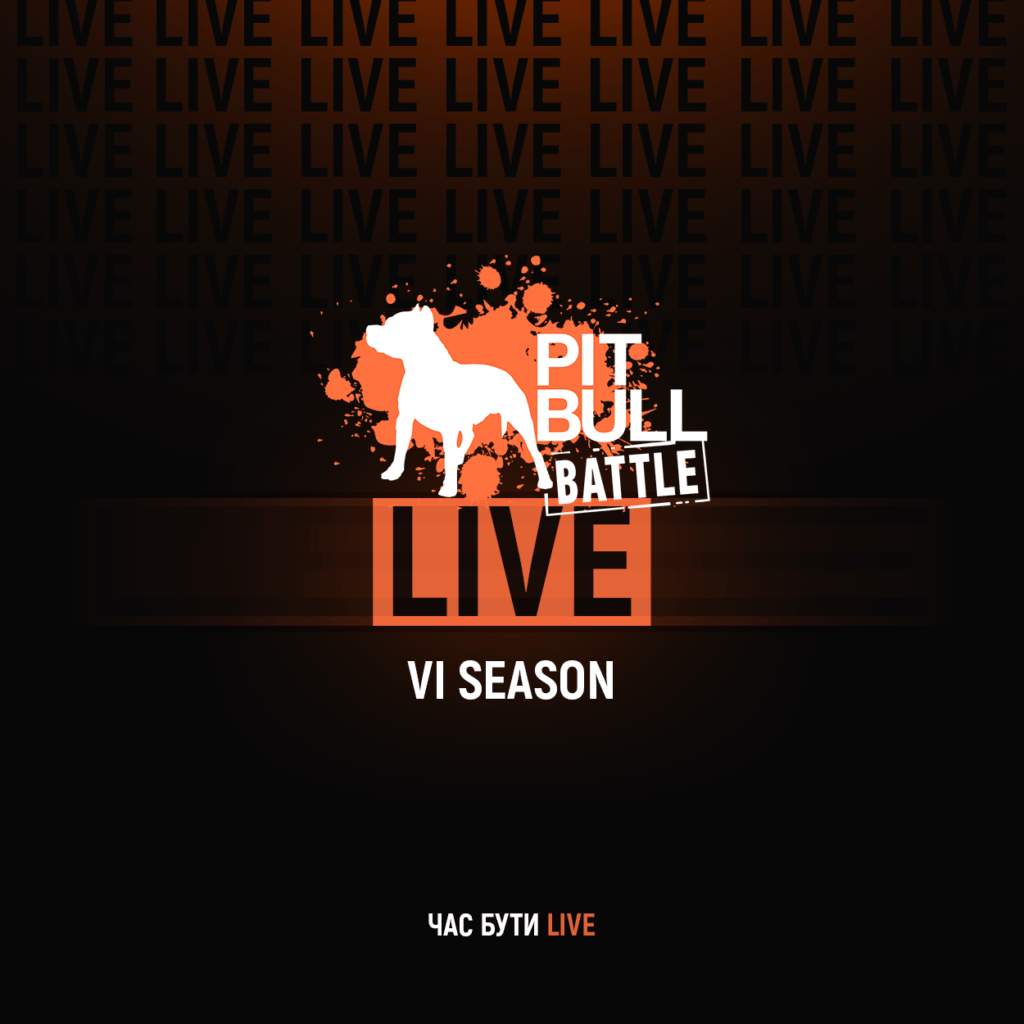 The platform for the self-made rap geniuses, which has been holding the reputation of the country’s main rap stage for the 5 years of its existence, launches the sixth season in a new sensational format – Pit Bull LIVE. Online registration of participants is already open and will last until May 5.

The unique Ukrainian rap-project Pit Bull Battle presents a new format – Pit Bull LIVE! In the new season, Ukraine will hear the live voices of its major cities: Kyiv, Kharkiv, Lviv, Odesa, and Dnipro. These are the cities that will host the filming of professional live performance videos for 25 participants from 5 regions of our country (Centre, East, North, South and West), who have all passed a rigorous expert selection. The main criteria for evaluation will be the song’s hit potential and authenticity of the musical material.

This year, the updated Pit Bull rap battle conquered the next step of its evolution, not only improving the way of interacting with the audience, but also significantly expanding its geography: “The new format will allow to engage rap artists whom we, the #Oddee agency, book and bring to Ukraine. These are new opportunities, because earlier we could attract such artists as judges, and this year we are creating content with them for Pit Bull Battle”, said Ivan Bazar, founder of Oddee, co-creator of the Pit Bull Battle project.

To participate in Pit Bull LIVE, you must register on the website http://www.pit-battle.com, specifying the city where your selection process will take place, and upload your strongest track. A longlist of performers who are guaranteed to film their studio performance and add it to their in the portfolio will be determined on May 13. These videos will be watched by at least 500 000 people, and the winner of each region will have the opportunity to compete for the main prize of the season – 50 000 UAH.

Pit Bull Battle is the only exclusive rap-battle project of Ukraine, created in 2014 at the initiative of the energy drink brand PIT BULL™ together with the creative agency #Oddee. The goal of each season is always to search for new names and original genre performers, developing the Ukrainian rap culture and integrating it into the modern global context. Over the history of its existence, the project has developed into a grandiose rap platform, which created its own ecosystem, united thousands of like-minded people, and revealed more than one rap star to the world. At the end of 2018, Pit Bull Battle V was awarded the bronze award of the most prestigious national advertising and marketing award Effie Awards in the Cross-Media Storytelling nomination.

“Pit Bull Battle has already had its first anniversary – 5 years, and we are all tireless in the search for fresh ideas! The new season will be special, because it catches on to the trend for naturalness – a kind of “ecology” of perception and self-expression. Our PIT BULL brand is on the side of the strong-willed, independent in their opinions, self-confident people who do not imitate fake opionion-makers and are not led by distorted social media clichés. They have the courage to go into the middle of the crowd and prove their talent live. Therefore, the main message of the new Pit Bull Battle season is “Let’s leave the Internet – it’s time to be LIVE!”, – comments Elena Selutina, PR Director of New Products Group.