People are not born as benefactors, they become one! Donor initiative “Kraplya do Krapli” is conquering new horizons

Donation is about the incredibly strong desire to help someone who needs it. By spending just a few hours, anyone can prolong or save the life of any three patients by sharing blood, erythrocytes, thrombocytes, or plasma. But what about those who would like to help but are not able to? The long-term charity initiative “Kraplya do Krapli”, created in October 2020 by two partners, the DonorUA project and the “Pryrodne Dzherelo” brand, answers this question. “Kraplya do Krapli” provides an opportunity to support the development of the donor movement by simply consuming “Pryrodne Dzherelo” water with a special marking. Thanks to this alternative charity mechanism, as of the end of June 1 066 831 UAH have been collected, 4 259 donors have been involved and 12 777 lives have been saved. 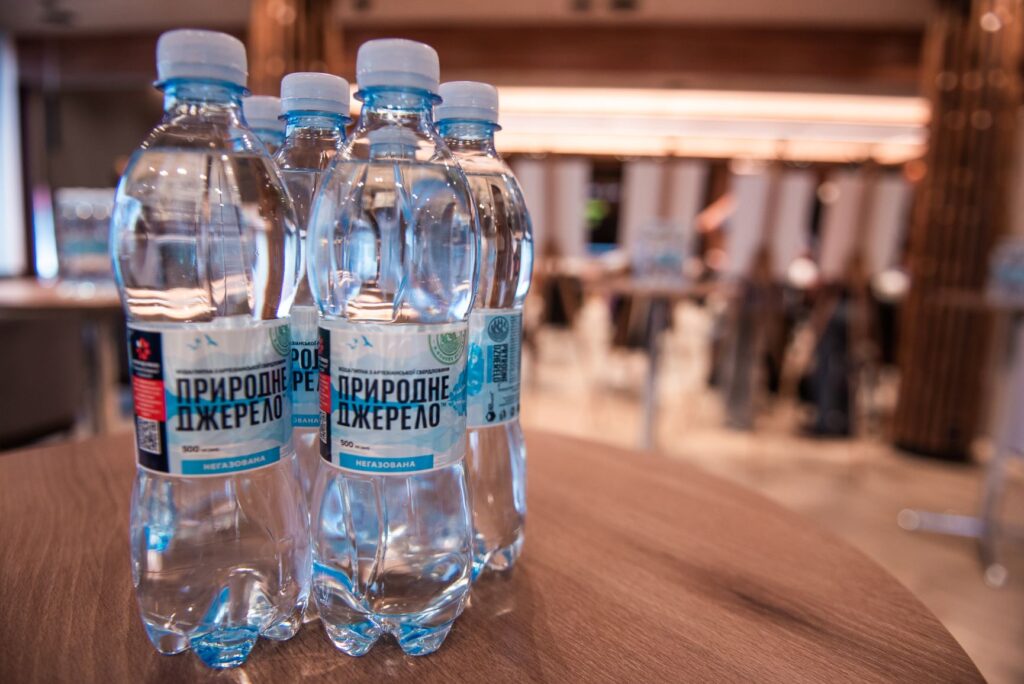 The first summer month turned out to be very productive for the initiative. During June DonorUA arranged three Corporate Donor Days. On June 2 in Radisson Blu Hotel the event “Blood Drop is the Beginning of the Life Sea” was held in a light and relaxed atmosphere. Employees of the Law Office of Zoriana Pelekh and all who wished were able to join the event and donate blood for those who need it. Then on June 11 at the head office of Ciklum 35 employees joined the initiative by donating blood and thanked everyone who is a part of the donor family. On June 22 two Corporate Donor Days took place at once: in Kyiv – at Farmak’s company location, and in Shostka – at Biofarma’s Plasma Center. According to the results of the first event 60 people donated blood, and the second one allowed to involve 7 people to donate plasma. 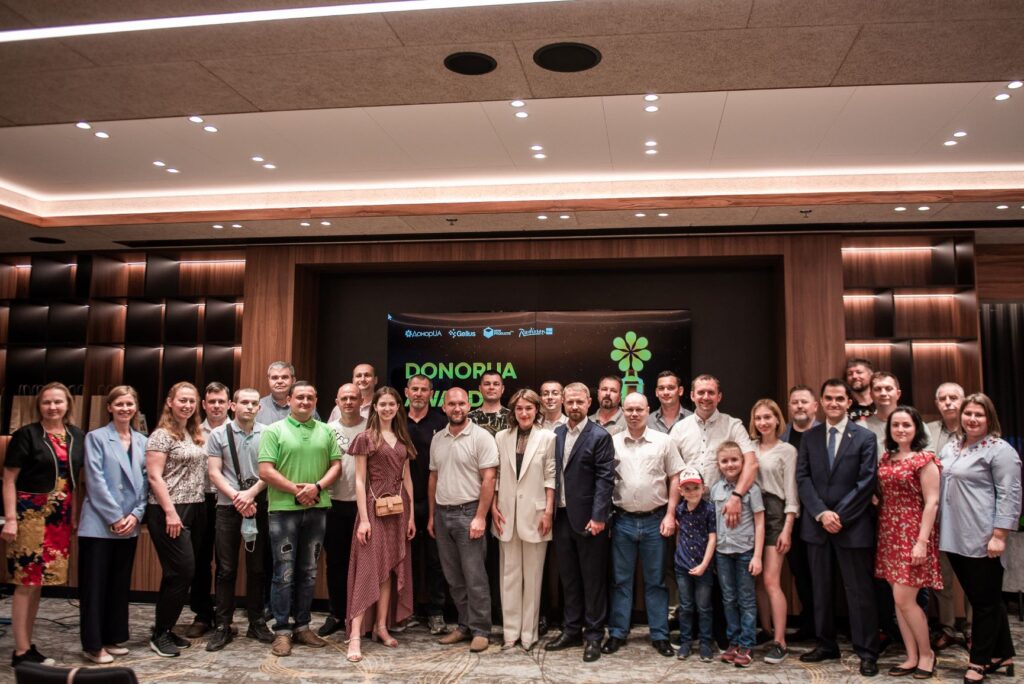 “Popularizing blood donation in every possible way is one of the priority tasks of the charitable initiative “Kraplya do Krapli”. The opportunity to donate blood directly at your office really motivates and encourages you to take the first step towards regular blood donation” – explains Elena Selutina, Communications Director of New Products Group, producer of drinking water “Pryrodne Dzherelo”. – However we are clearly realize that not all people work in big companies, live in large cities, have no medical restrictions and are able to donate blood. That’s why the project “Kraplya do Krapli” is constantly being scaled up in order to attract to donor activities as many people as possible”. 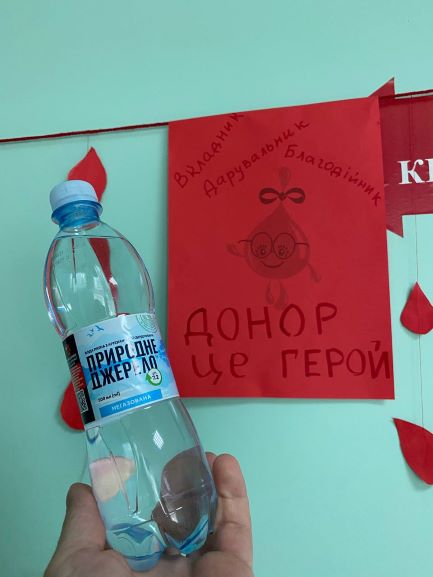 The art has become one more effective way to attract the public’s attention to the subject of donation. On June 11, in cooperation with the Lubenska Blood Transfusion Station and the Lubensky Museum of Local History named after Gnat Stelletsky, the unique for Ukraine event took place, which was expressively named “Art of Donation” – donors, artists, photographers, musicians, cookers united to save people’s lives. During the event in the Fine Arts Gallery, famous artists were painting portraits of the participants. Inside, those who wished to safely donate blood, were offered sweets, drinking artesian water “Pryrodne Dzherelo” while enjoying the works of the all-Ukrainian exhibition “Lubenska artist’s spring 2021”. In general, 20 people wished to give blood, but for health reasons 15 of them became donors. 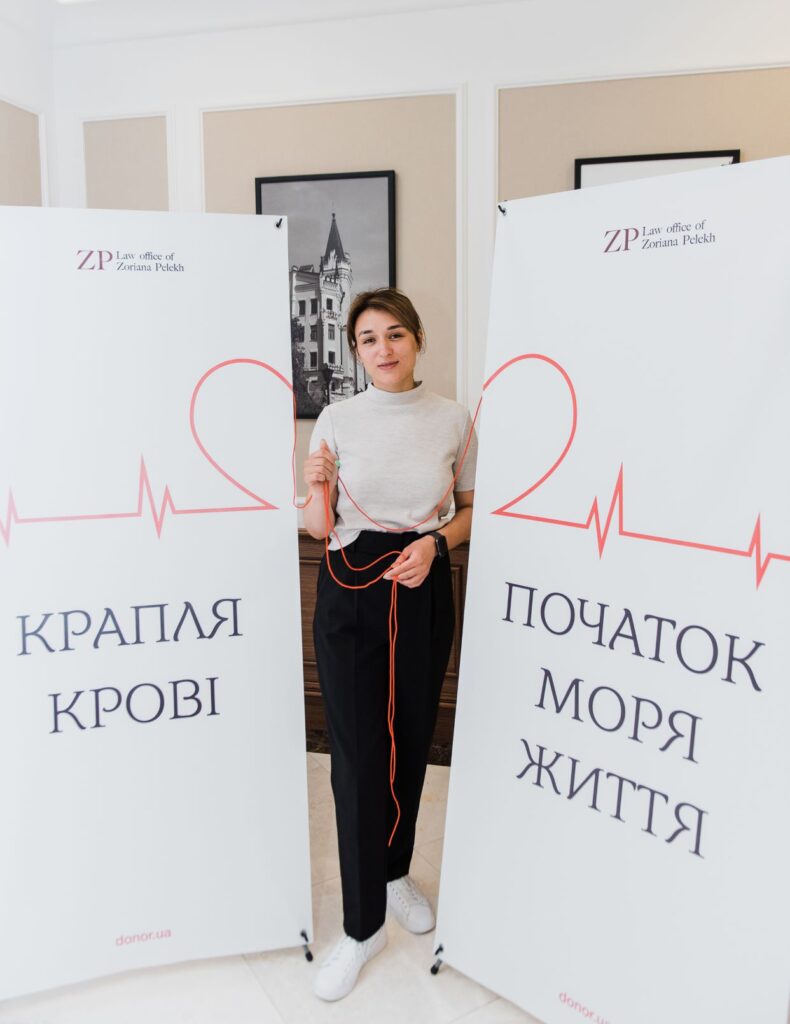 On June 12, the annual DonorUA AWARDS ceremony was held to award honored regular donors and donor ambassadors under the DonorUA version. During the event, dedicated to the theme “Donate Blood. Let the Life Be Pulsating in the World”, greetings and awards were given to people who donate blood, save people’ lives and use the greatest volunteer platform DonorUA. To thank the donors, Viktor Lyashko, Olga Stefanishina, Dr. Mohammed Farouk and many others joined the event. Ukrainian celebrities and DonorUA’s partners including Jamala, Alla Kostromicheva, Mozgi band, Sergey Zhadan, Yanina Sokolova, Elena Selyutina also congratulated the donors in the video format. The Kyiv saxophone quartet directed by Yuri Vasilevich was also invited to the scene of DonorUA AWARDS. 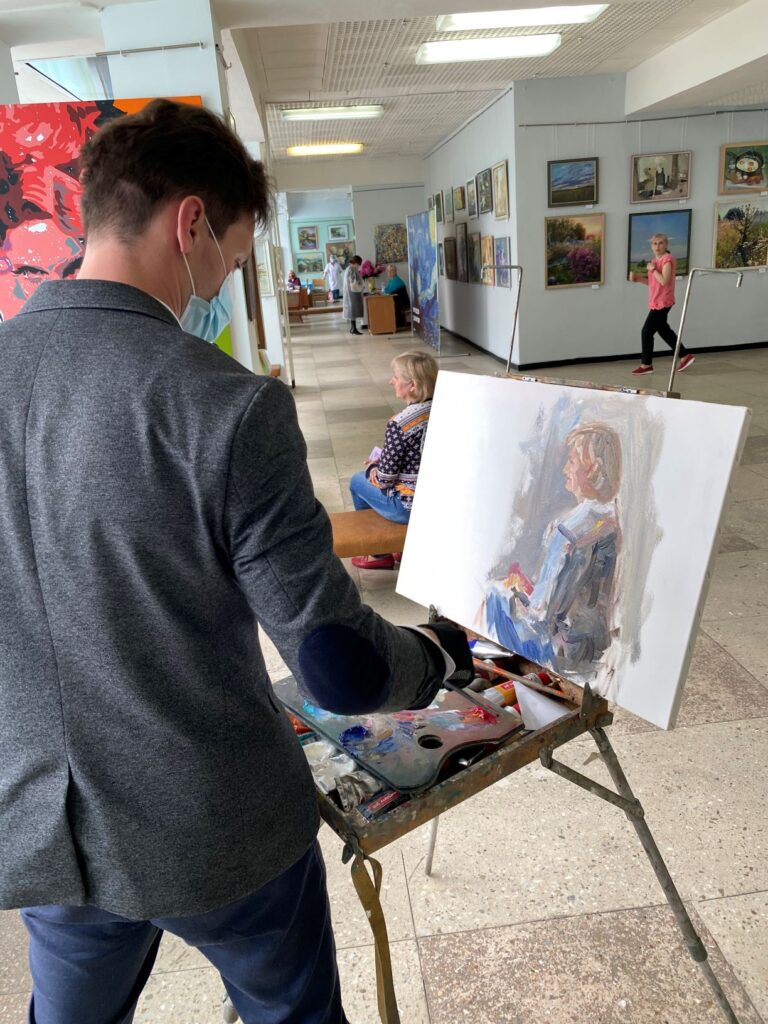 Moreover, the best works of the International contest-festival DonorUA ART Project were presented for the first time at the event and the results were announced. The organizers congratulated the winner of the 2021 – Irina Rusnak. She was awarded 10 000 UAH and her animation has become a symbol of donation. All works were arranged into an online exhibition, and all the best ones started their journey around Ukraine. From June 14 to 27 the exhibition of the project’s animations and pictures was presented in Lviv, and in July the opening of the exposition is expected in Kyiv. 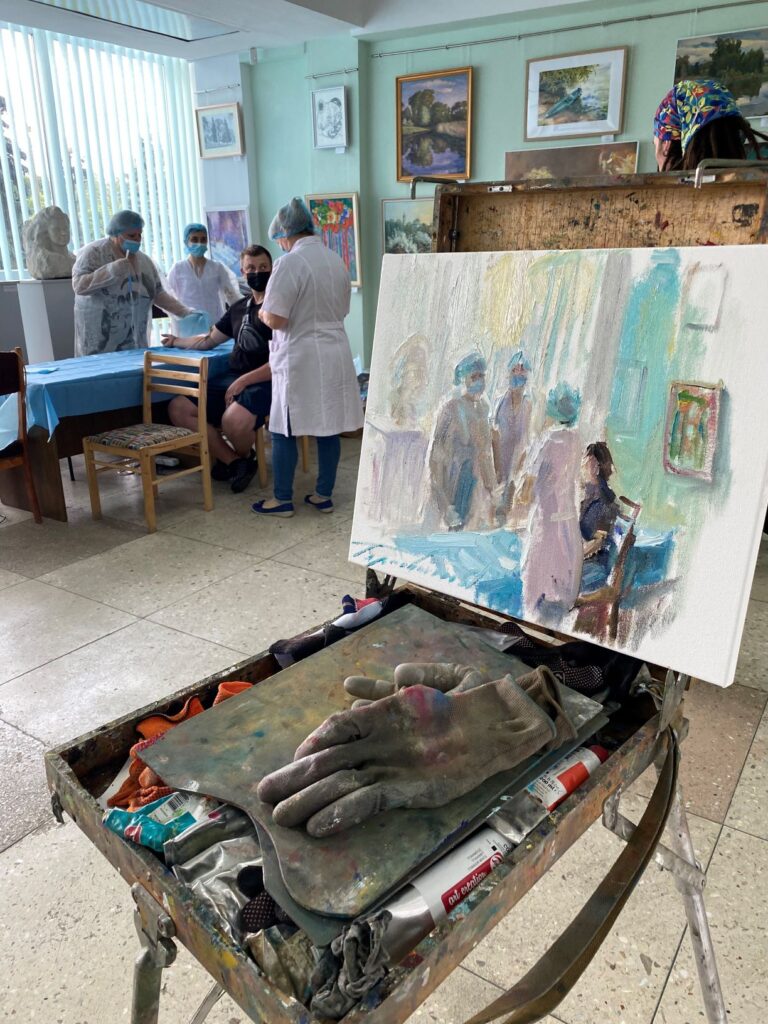 Awareness-raising work is one of the key factors of success on the way to donation popularization. Therefore, in order to get reliable information about the state of blood donation in the country, attitudes and awareness of Ukrainians, on June 29th we launched a survey, which can be completed by anyone who lives in Ukraine and is over 18 years old.

Thanks to the “Kraplya do Krapli” initiative, we succeeded in delivering artesian drinking water to blood centers in major cities of Ukraine, including Kyiv, Odessa, Dnipro, Lviv, Kharkiv, and others. Donors who give blood receive a free half-liter bottle of “Pryrodne Dzherelo” water. And those who want to know more about the importance and rules of water consumption can find detailed information in the article “How water affects the body?” on DonorUA website.

Everybody can follow the latest news and events of the “Kraplya do Kraplі” project on the pages of DonorUA and New Products Group in social networks and, for sure, distribute the ideological manifesto, embedded in the social video of the charitable initiative. Partners respect and appreciate active Ukrainians, who contribute to popularization of donation. Surely, joint efforts will have significant results and contribute to increasing the number of regular donors and saved lives.