Oh… Can we say that? PIT BULL™ in collaboration with Ohueno releases a collection of fashionable clothes and accessories

PIT BULL™ is bold and non-mainstream. It’s always where the party is! The energy drink brand, known for its large-scale media projects and active fan community, has released a collection of bright Ohueno bombers, as well as Ohueno happy raspberry socks and Ohueno stylish double-sided panama hats! The first batch sold out even before the official announcement. At the moment, the second batch is going on sale, and it definitely won’t lie around in the warehouses for too long – so, go grab yourself some limited edition items! 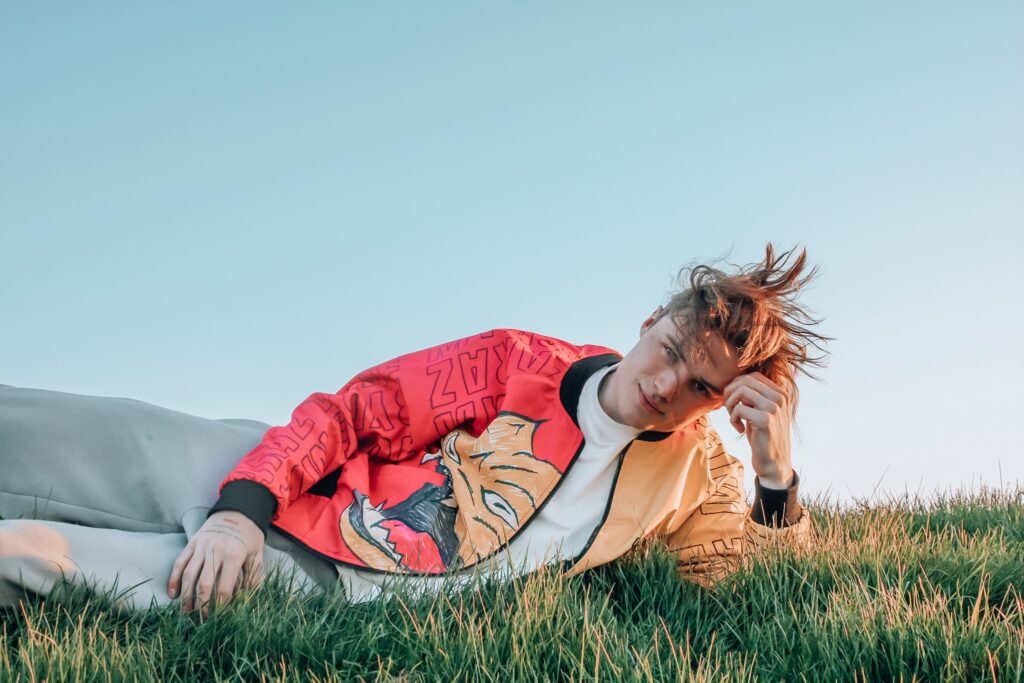 “Just as entire families can be friends, we’d like for brands to be friends as well. Right from the start it became clear who we wanted to collaborate with. They’d have to be: 1) a company or a product created in Ukraine; 2) a brand that successfully outperforms global brands in hypercompetitive industries; 3) a brand as bold as Ohueno. Our favorite way of working is the “lack of a plan”, when you can create something at the flash of an inspiration. So, once we met with the creators of “New Products”, we started working together. We didn’t hurry, we didn’t try to get ideas out of nothing, we just kept working until everyone liked the result”, – explained Artem Budayev, the founder of the Ohueno clothing brand.

“When choosing the basis of the concept, we considered eight options. Then we had a long four-month journey, during which we worked with four design studios, two illustrators and in the end did everything ourselves. As expected, the only and unique hero of the collection was the brave PIT BULL™ mascot – a recognizable character for all the fans of the product. The layout is drawn with a felt-tip pen by hand and then scanned with minimal digital editing. During this time, we also sorted through about ten types of clothing and stopped at the double-sided bomber jacket, panama and socks. With these options, you might not even need any other clothes!” – said Elena Chuvakina, brand director of New Products Group. 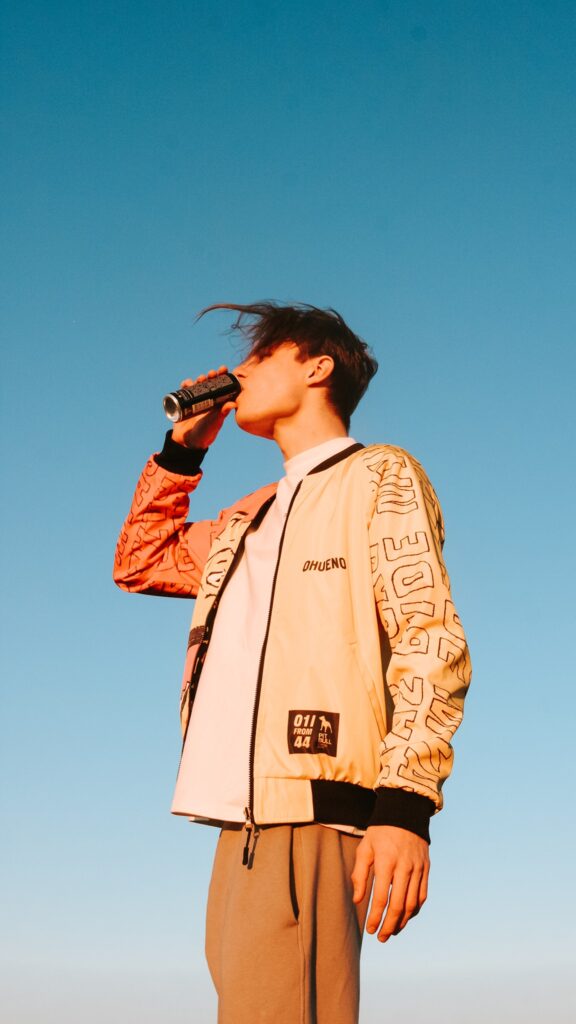 A bomber by Ohueno x PIT BULL™ – a mid-season double-sided jacket for fans of extravagant colorful style and/or a more subdued style. “Two worlds in one bomber”, as they say at Ohueno. The print on one side depicts a pit bull, drawn in a child-like style and in yellow-pink colours, the print on the other side is a scattering of bones in two branded colors for Ohueno: yellow and black. PIT BULL™ socks, quality – Ohueno. A bright portrait of a yellow dog on a contrasting crimson background and with the inscription “Gav” (“Woof”) will make the world fall at your feet.

On April 28, a presentation video was posted on Ohueno’s Instagram page, which tells the true story of the creation of a bomber jacket, produced in a limited quantity of 44 units. Already by May 16, the bombers were sold out, especially at the Kyiv event “Kurazh Bazar”. There was even a queue of those who could not get the right size. As for the panama hats, at this time only 6 out of 60 units remain, they were selling fast on the first day of the “Gesheft” festival in Odesa. As for the social networks, there were more than 100 organic mentions in publications and stories without any additional incentives: no influencers, promotions or raffles were involved. 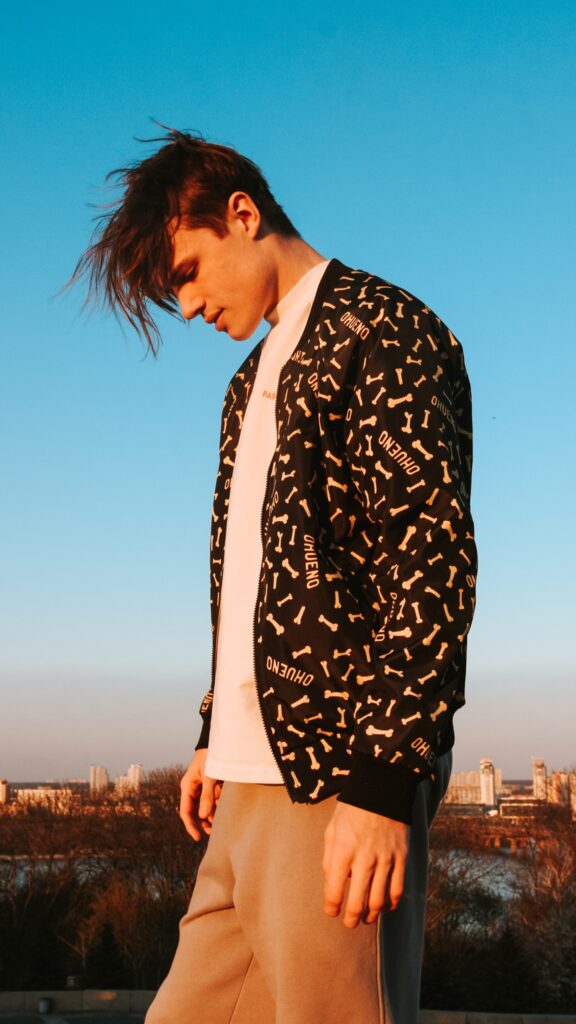 The Ohueno brand is widely known to creative urban youth, people with progressive views and active visitors to cultural urban events. The founders started with selling small batches at Kurazh Bazar in 2016 and developed into a full-scale brand with branded stores in the centers of the largest Ukrainian cities. At one time, there was a queue on Instagram for yellow raincoats with a bold but sincere inscription. The lucky ones who grabbed their Ohueno evoked a whole range of emotions on the streets of the city: from the envy of hipsters to the outrage of those with less progressive views. To all the accusations, the brand’s founder Artem Budayev only carelessly replied: “Can you even use this word in a negative context?”

PIT BULL™ is a high-quality Ukrainian energy drink at an affordable price. The balanced content of caffeine, taurine and natural juices allows you to live a bright, active and full life every day. The target audience of PIT BULL™ is young people with an independent way of thinking who do not blindly follow authority. The brand is among the top 3 key players in the category of energy drinks with a market share of over 24%. Thanks to successful social positioning, development of native communication and its own modern media platforms, Pit Bull Live and Pit Bull Fight projects under the auspices of PIT BULL™ won four prestigious Effie Awards Ukraine in 2020, including gold.

The era of organic marketing has arrived: the success of PIT BULL™ and Ohueno proves it. Both brands share love and faith in the natural interaction with the audience. Hand-drawn prints, likes given from the heart, a sip taken with pleasure. Even when talking about plans for the future, the partners intend to offer consumers a choice: to make more bomber jackets and panama hats for everyone, or to develop new products, because the team still has a lot of ideas. So a quality artisanal national product is at the peak of fashion, and that’s not bad!

Let’s join with our own, real, trendy. The collab of Ohueno x PIT BULL™ is a win-win! The brand’s website is https://ohueno.com, the Instagram page is https://www.instagram.com/ohuenocom.