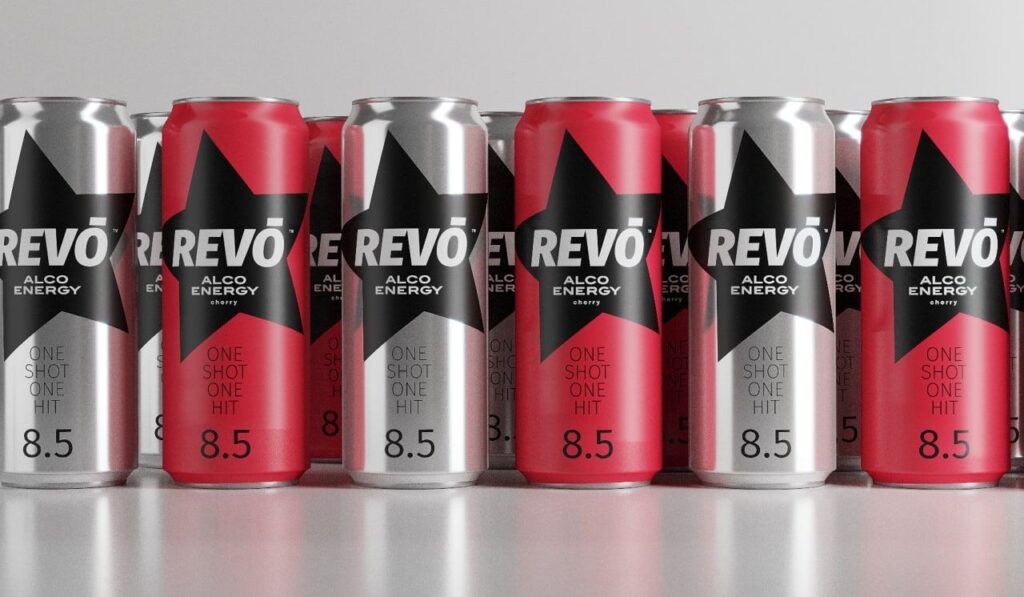 This year has started with changes for the brand: the design of the energy drink can was updated. The renewed version of REVO™ has already appeared on the shelves of some retail stores, where it will soon replace the previous one.

The look of the drink has become more minimalistic and modern, being styled as a silver bullet. The steel-colored can is embellished with a reinterpreted version of the star – now it is black, like a super agent’s suit. And no wonder, because the year of the cocktail’s creation is 2007! The star contrasts with the REVO Alco Energy title, and the lower part of the package contains the famous slogan: One shot – one hit.

Our world is changing fast, it requires flexibility and forward thinking, and REVO™ is always open to innovation. New things may surprise you at first, and even bring internal resistance, but only for a brief moment. And the main thing is that the can’s content remains unchanged: the favorite taste and the traditional explosive mix of guarana, damiana and vitamins.

The author of the redesign is Alexander Strizhelchik, Creative Director of New Products Group, who has been the ideological inspirer of the brand from the very beginning: “REVO™ has become a legendary drink since long ago. We are shamed and admired, hated and adored. We don’t want to analyze (what of course we do), but! It’s time to change the external appearance. Inside – well, we’re perfect. So what is the question? Here is the new can!”

REVO™ energy cocktail has appeared on the Ukrainian market 15 years ago and from the very beginning was intended for charismatic young people with an independent worldview and a bright personality. The design of the can in fact has not changed since 2007 and always contained such recognizable elements as a revolver in the background of a striped star. The time for an upgrade has come, because we need to evolve in order to remain adherent to the unchanged slogan: One shot – one hit!