Episode №8 of the REVOlutionary standup club “POREVO”: it’s twice funnier in a circle of loved ones! 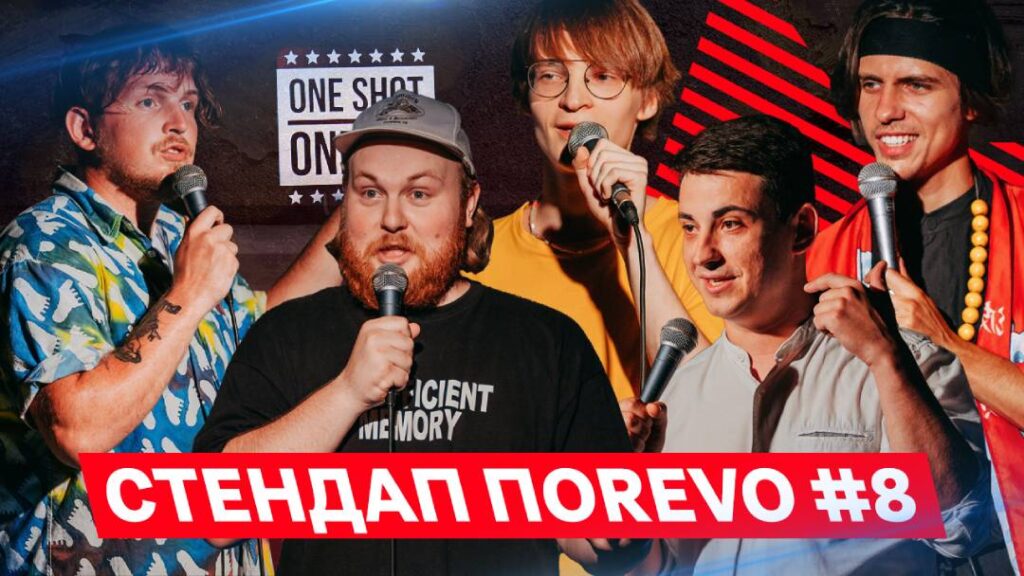 Guilty Mary… What’s her fault? It’s that she has not yet seen “POREVO” №8! So the bartender of the the REVOlutionary standup club simply mixed REVO™, red wine and an extravagant “sprig of roseMary”, and dedicated his sinful drink to this holy woman.

Don’t be like Mary – turn on the new episode! Here Timofey Mishakov, Alexander Zhipetsky, Andrey Pilat, Denis Duma and Zhenya Leshchenko are making the audience laugh. This time – all of them are well-known characters in a single POREVO rush…

Next time, Anton Stenyuk, Albert Lalayan, Anton Senin, Bogdan Pismenko and Zhenya Babkov will make us laugh. Just the way we like it.