EatMe Military Edition – with the Ukrainian Armed Forces in mind and in action: Respect, Support, Manufacture 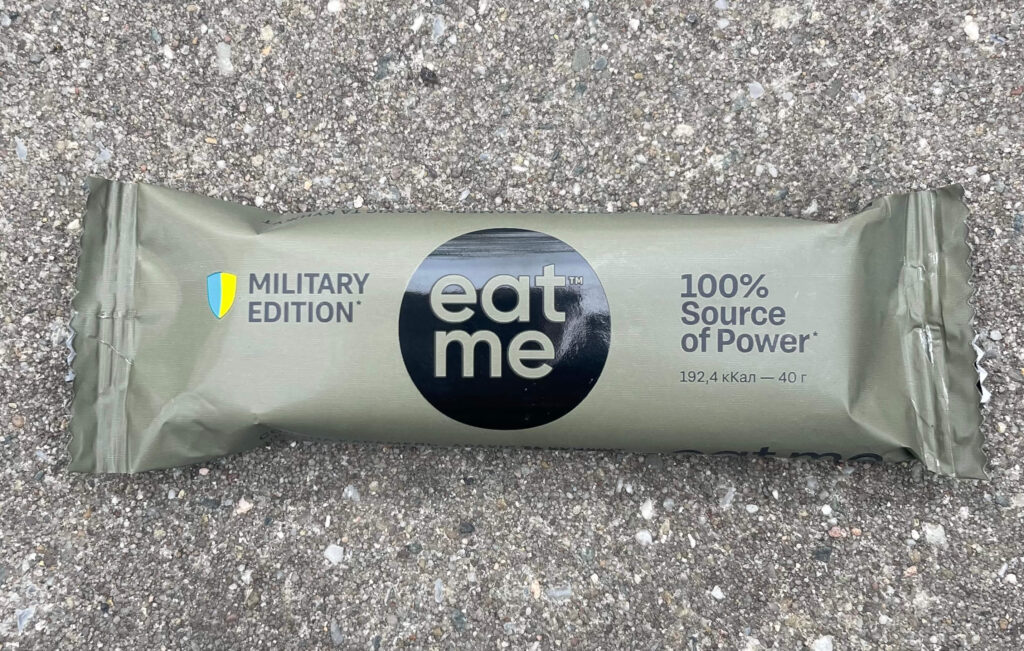 In June, new specialty from New Products Group appeared on the shelves of Ukrainian retail chains. The new product in EatMe line of nutritional bars got the eloquent naming of Military Edition and was created to support the Ukrainian Armed Forces with a product that has already proved its relevance and importance in war conditions.

The updated snack is very tasty and straightforward. EatMe Military Edition contains nuts, wheat flakes, sesame seeds, salted caramel and glaze. Such ingredients make it not just good-tasting, but also nutritious, as it allows you to quickly satisfy your hunger even in the most adverse conditions.

“Now all the efforts of our company are focused on achieving victory and supporting our brave army and citizens. That is why we created the new EatMe Military Edition – for us it is a symbol of sincere respect for the Ukrainian Armed Forces and an opportunity to keep supporting our defenders and the country: we will buy something important and necessary for the army from the profit from each sold bar. Surely, we will report about all this,” – says Boris Tkachov, Marketing Director of the company.

A few months ago, New Products Group announced changes in product design – the meerkats disappeared from the product packaging and the wrapper became minimalistic and laconic. According to Elena Selutina, Communications Director of the company, like every Ukrainian, the EatMe brand has significantly grown up in recent months and has greatly expanded its audience.

“Our snack has adapted very quickly to the new conditions, we have increased our audience and abandoned some playfulness, but the brand has kept the main thing – optimism and purposefulness. The new EatMe Military Edition has finally consolidated the strategic nature of the product and the seriousness of the brand’s goals. The snacks category has become the second in which we have released a special product. The first one was our beer brand “Zhashkivsky Kaban”  with its patriotic design. Consumers and partners were pleased with it, so we decided not to stop at this point. It is very important for us to keep supporting people who defend our homeland – to send products to the war front, to help financially and generally to do everything we can”.

Since the beginning of the full-scale war, the company has been supporting Armed Forces of Ukraine, Territorial Defense Forces and volunteer organisations with its own products – EatMe snacks, “Pryrodne Dzherelo“ water and, of course, energy drinks, which are extremely relevant nowadays. Sincere support is also being provided to organizations that raise funds for armament. Thus, in particular, the company regularly supports the initiatives of Serhiy Pritula Foundation, Lazar Foundation and company’s own Charitable Foundation “Nova Hromada”.

The new EatMe Military Edition is already available on the shelves of retail chains at the price of 13-16 UAH. Part of the profits from sales of the snacks and drinks are donated to the Ukrainian Armed Forces.