Demolished and rolled over: a powerful fight between a Thai boxer and a kickboxer on Pit Bull Fight III

Bulldozers do not rest on Sundays. They steadily scoop up obstacles, leaving behind silence and calm… The devastating 12th episode of Pit Bull Fight III is already on the YouTube channel of the fighting show. This time – no outbursts of fate, only the triumph of justice!

Nothing can be tougher than the hardened nature of a former outsider. An amazing metamorphosis: an inconspicuous provincial boy with glasses goes into sports, so as not to be a loser in the harsh realities of the small town of Shostka, and later becomes a Muay Thai coach. Before the age of 22, Valeriy Kotelnikov is already the winner of the European Games 2019 in the “K1” and “Thai boxing” sections, the silver medalist of Ukraine in Thai boxing, kickboxing and K1. He is faced by the experienced Oleksiy Orlovsky – a candidate for master of sports in kickboxing and hand-to-hand combat, champion of Ukraine and the winner of the Cup of Ukraine, winner of the Wizard Open Tatami-2018 tournament. During his life he fought about 80 battles – both among amateurs and professionals, where he won about 80% of the fights. Oleksiy is 20 years old, lives in Zaporizhia, works in security. So who’s on top: the former nerd or the current bodyguard?

Orlovsky is nimble and careful in the ring, moves in zigzags and looks for weaknesses. Kotelnikov, on the other hand, stands confidently and widely on his feet, systematically directing his roller-like maneuvers at his opponent and pushing him against the net. Orlovsky responds to the attacks with dignity, throwing punches when there are holes in the onslaught, but he could not withstand this unstoppable locomotive. At the end of the first and only round, the steadfast Kotelnikov simply strangles his opponent with his continuous raids, who bravely withstands a hail of fists and knees for a long time, but he can barely breathe. Eventually, the exhausted Orlovsky, under pressure, simply sits down under the net, covering his head with his hands. Uncompromising Valeriy Kotelnikov wins the match by technical knockout. 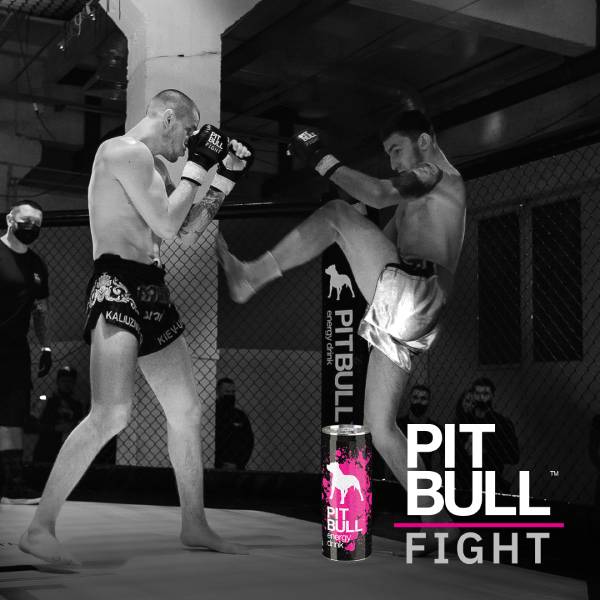 Kotelnikov explains his success by the ability to achieve his goal, unwillingness to submit to others and a steady focus. Orlovsky explains the defeat by the difference in styles, because as a kickboxer he is not used to knees and low-kickers. But he considers this fight to be a new experience and an interesting challenge, respecting the strength and endurance of his talented opponent.

And on Wednesday, May 19, two coaches will demonstrate their skills. Not showing weakness in front of students is a big responsibility. So MMA against combat sambo. Lamaka vs. Hurricane. Crash and crush. No wonder that the fight is 13th in the lineup – something wicked this way comes…

All fights of all seasons are on the official Pit Bull Fight YouTube channel: