The young ambitious New Brew brewery, opened recently in the city of Zhashkiv, Cherkasy region, announces the launch of a regional beer brand “Zhashkivsky Kaban” (Zhashkiv Boar). The first varietal line will include three popular types of craft-quality beer and will stand out on the market with a completely natural composition without the use of filtration, which allows the product to retain the maximum of its original taste and aroma. 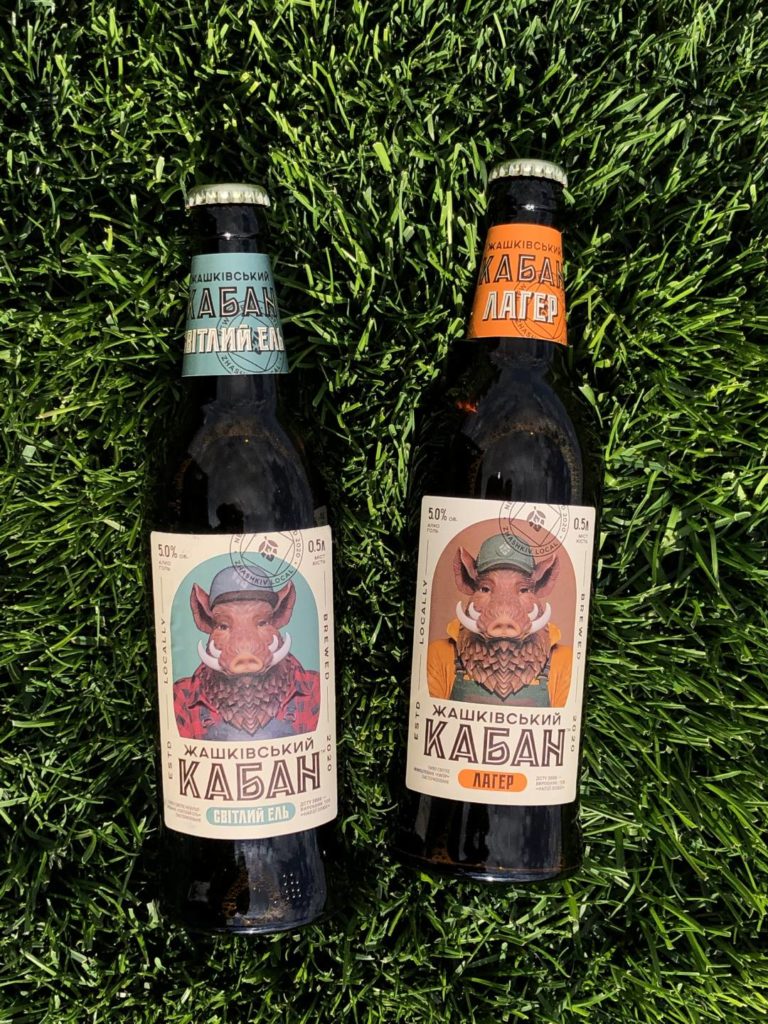 The new regional beer “Zhashkivsky Kaban” from the New Brew brewery is an exclusively natural and local product. To manufacture the beverage, natural clean spring water from local sources is used, which has the optimal mineral composition for everyday use; barley grown 150 kilometers from Zhashkiv is added; and local malt of the highest quality is used. For the entire New Brew beer line, the absence of filtration and artificial additives in the product, including maltose syrup, is of fundamental importance.

“We are pleased to finally offer Ukrainians – a nation that has cultivated fertile land for centuries – a real natural product worthy of the wealth of the land. It is from this idea that the image of Zhashkiv Boar grew – a kind of “your guy”, a true local who knows all the traditions, proudly demonstrating his generous land and its abundant fruits to all visitors, like a great host. He is the same as you and me: he loves simple pleasures of life, a good time with friends in nature, and delicious homemade food. He is strong, kind and extremely hospitable, that is, he embodies the best qualities of a Ukrainian character – genuine sincerity and authenticity”, – commented Yurі Bykoriz, Director of Beer Development.

“Zhashkivsky Kaban” has expressive flavours characteristic of regional beer: it has a high density of substances in the initial wort (over 12%), medium and high alcohol content (5% and above), delicious bitterness, rich taste and vibrant color. The beer is very smooth and goes well with hearty appetizers – farm cheeses and meats, which fully reveal its fragrant hop bouquet.

The product line of the new brand from the manufacturer New Brew includes three varieties of beer that are presented in 0.5 l glass bottles: “Lager”, which has a classic rich taste with moderate sweetness and expressive bitterness, a refreshing “White” with subtle citrus notes, and “Light Ale” with a soft malt flavor and floral aroma.

New Brew is a fresh look at the brewing process, a new powerful project of New Products Group – a leader on the Ukrainian beverage market, which marks its ambitious start in the beer segment. The foundational idea of the new brewery is making high-quality beer available to a wide range of consumers. This innovative beer company works according to recognized international standards, and is based on several fundamental technological principles: the unconditional quality and local origin of the ingredients, honest and transparent production technology, the non-use of filtration, and the absence of artificial additives and surrogates.

Along with the launch of “Zhashkivsky Kaban”, new beers are launched in New Brew kegs: Foggy Lager – a saturated clarified beer with tangy bitterness and a “fog” effect in color, Amber Ale – light top-fermented beer made according to the traditional English recipe, Blanche – wheat beer with a refreshing aroma of citruses, and Original Dark with a velvety caramel flavor.

The first batch of beer from the new producer New Brew – both the “Zhashkivsky Kaban” line and the keg line – are already on sale. The drink is available in 15 000 retail outlets across the country. From the beginning of June, the new beverages will begin to fill the shelves of the ATB supermarket chain. The price of beer is approximately 27 UAH per 0.5 liter bottle.