100 000 friends is better than 100 000 in the purse! The legendary media project Pit Bull Fight received a YouTube Silver Play Button for achieving a record number of subscribers

Pit Bull Fight is a high-powered project. And while our participants were fighting with their opponents, we broke the record of views on Youtube of 100K subscribers! The most famous video platform in the world gave the Ukrainian online fighting tournament a special award – the famous Silver Play Button with the name of the show exclusively engraved on it, as well as a congratulatory letter signed by YouTube CEO Susan Wojcicki. This is the second Pit Bull Fight great award after Effie and the first real international recognition. 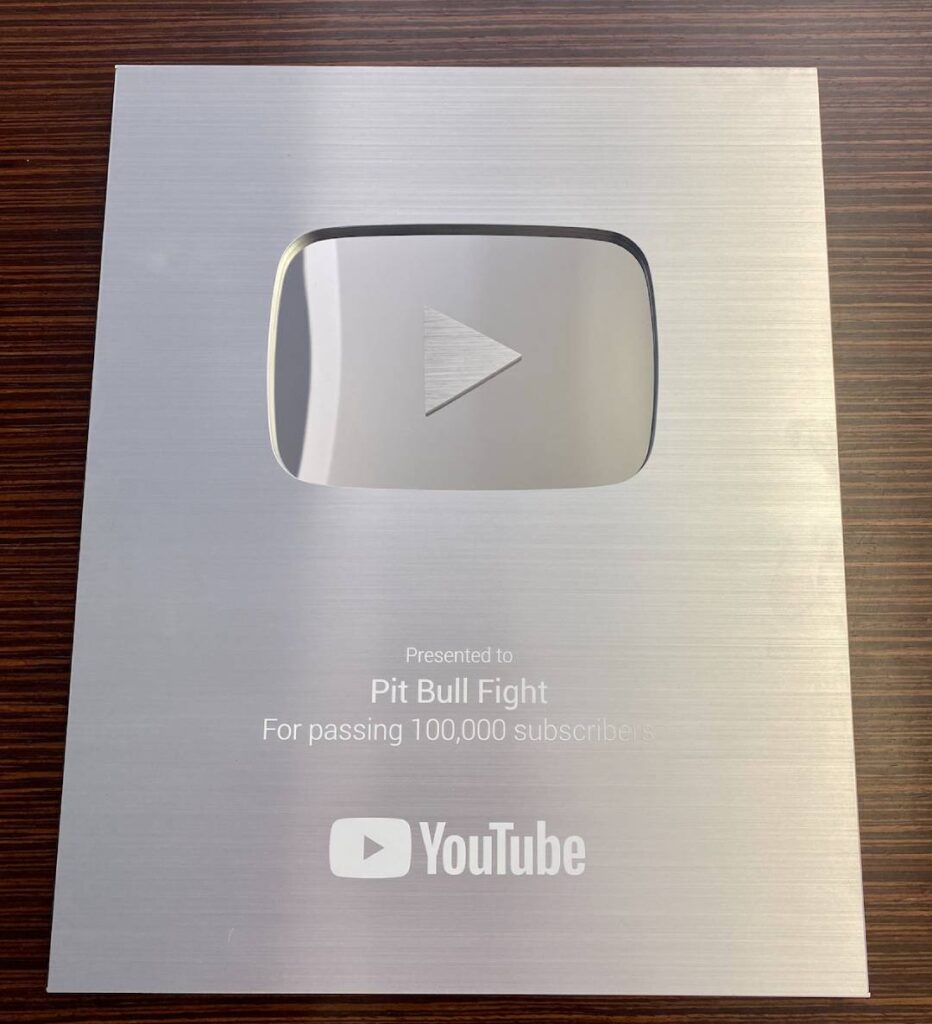 «Numbers mean a lot when behind each of them lies a unique human character, taste, experience, principles and feelings. Becoming part of each of our subscribers’ world picture is a great honor and challenging work. So we are incredibly proud of such a stunning result of the work of our creative team. And by team I don’t just mean the crew or the athletes, but each of our 100,000 subscribers, because from season to season we carefully consider their opinions and advice, personally communicate in the comments and develop the show in accordance with the wishes of our audience. So, friends, we are infinitely grateful to all of you for being active, part of this award belongs to each and every one of you!» – Gennadiy Dovgan, Marketing Director of New Products Group, thanked all followers of the project.

Pit Bull Fight is an interdisciplinary tournament in the format of a fighting club that was established in July 2019. The idea is based on conducting MMA fights among representatives of different styles of martial arts: from kickboxing and karate to Thai boxing, wushu and street fighting. A characteristic feature of the project – along with the lack of promoters and ratings – is only the raw power of the fighters, who keenly want to prove the superiority of their fighting style. The unprecedented for Ukraine Internet show was created as a response to the demand of the modern generation, to whom the Internet completely replaced television. That’s why PIT BULL™ created its own media platform in social networks and began to develop a native format of entertainment and interaction with consumers. Today, the project has already gathered almost 9 million views, more than 113 thousand subscribers on YouTube, tons of likes, comments and shares. Pit Bull Fight has been recognized by advertising professionals by receiving a Gold award of Effie Awards Ukraine 2020 in the Branded Content & Branded Utility category.

YouTube is the world’s most popular videohosting website, which is currently a division of Google. Founded in 2005, as of 2019 it was the second most visited website on the Internet. When a verified YouTube channel reaches a specific milestone, it receives a prize in the form of a branded Play Button symbol. The awards are categorized according to the number of channel’ subscribers: the Silver Play Button for 100,000 subscribers, the Gold Play Button for 1,000,000, the Diamond Play Button for 10,000,000, and there are also the Ruby Play Button and the Red Diamond Play Button, which only 26 and 4 channels in the world currently own, respectively. So Pit Bull Fight is on the beginning of an ambitious journey to develop the platform! But this is only possible with the active help of viewers, so join the success story and subscribe to the channel: